The plan involves the Rajya Sabha and Lok Sabha seating half of their members in their respective chambers, reports Archis Mohan. Parliament is set to have its monsoon session by the first week of September, sources in Parliament said after Rajya Sabha chairman M Venkaiah Naidu held a meeting on Friday to assess preparedness.

The plan involves the Rajya Sabha and Lok Sabha seating half of their members in their respective chambers.

The rest of their respective members will join virtually from either the Central Hall or the GMC Balayogi auditorium in the Parliament House premises.

According to sources, to ensure social distancing, the Rajya Sabha will seat 127 of its 245 MPs in its chambers, including in its visitors’ and public galleries.

The rest would be able to join virtually from either of the two bigger halls -- either the Central Hall or the GMC Balayogi auditorium.

Similarly, the Lok Sabha will seat at least half of its 543 MPs in its chambers, and utilize its public galleries and visitors’ galleries to ensure social distancing for these MPs.

The rest of the MPs can join virtually from either of the two other halls.

Sources said the decision is yet to be taken on which of the two Houses will utilise the Central Hall, and the other can then use the GMC Balayogi auditorium located in the Parliament Library building.

According to constitutional provisions, there cannot be a gap of more than six months between two sittings of Parliament.

The budget session of Parliament was truncated because of the spread of Covid-19 to end on March 23, and the next session needs to begin by third week of September.

The NIC provides cyber infrastructure for the government.

Currently, the NIC can provide only 500 dedicated lines in Parliament.

Naidu stressed the need to upscale capacities for larger virtual Parliament in due course, sources said.

He suggested that the effort shall be to enable participation of the members in the proceedings from within the House to the extent possible.

For seating Rajya Sabha MPs, all its galleries, except the media gallery, would be utilised for seating them.

Seating of media persons in the media gallery would also be in conformity with the physical distancing norm for which guidelines would be evolved.

With space in the Rajya Sabha chamber for only 127 MPs, Naidu asked officials to draw up plans for seating based on the numbers of all political parties, or prepare a list of the participants in the proceedings of the House for the day who would be accommodated accordingly.

Issues relating to taking up of Question Hour, voting in the House if required, administering oath to the newly elected members, detailed planning for transportation of members, effective measures for physical distancing and sanitisation, were also discussed.

A more detailed plan will be submitted next week.

“Today’s review was aimed at enabling the Rajya Sabha Secretariat to be in a position to execute the best possible option of holding the proceedings by preparing for it and take necessary actions whenever the government decides to hold the monsoon session of Parliament as per the constitutional provisions,” a senior official said.

The plans are being made on the assumption that it is only for voting on key bills that the two Houses find nearly full attendance.

On rest of the days, the attendance is at best 50 per cent. 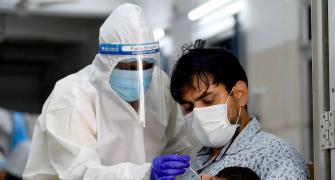 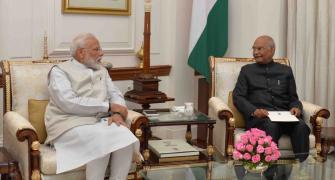 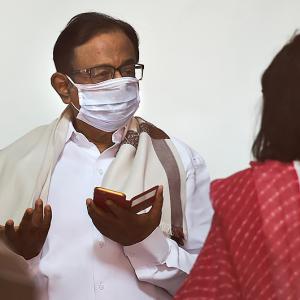