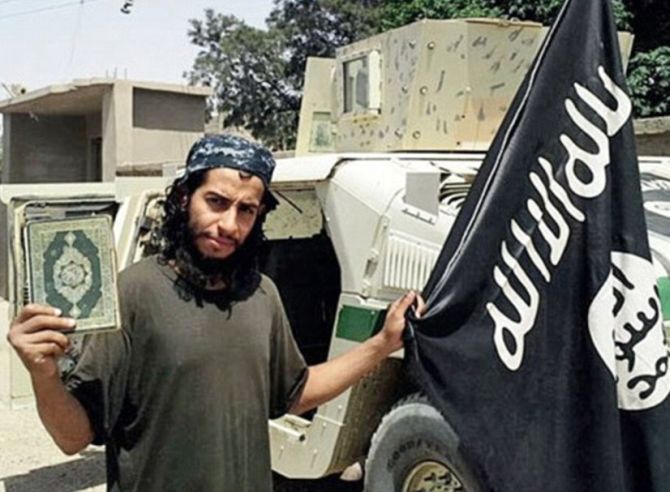 Belgian jihadist Abdelhamid Abaaoud, the suspected Paris attacks mastermind, may have committed suicide during pre-dawn raids on Wednesday by French police at a suburban Paris apartment, according to French Ambassaador to India François Richier.

Abaaoud, the 28-year-old Islamic State militant from Brussels of Moroccan origin, was believed to be inside the apartment in the Paris suburb of Saint-Denis with five other heavily armed people when the raids started, according to a French police official.

"According to information I have, yes he committed suicide during the operation," Richier told NDTV.

The ambassador was asked whether Abaaoud was arrested or killed during the seven-hour raids in the massive hunt for the suspected mastermind of the gun and bomb rampage last Friday in which at least 129 people were killed.

"I have information which leads us to suspect that he committed suicide. I have nothing, no particular documents to say that. That is the first indication we have received," Richier said.

"We are waiting for final confirmation that Abdelhamid Abaaoud is dead," he said.

The ambassador replied in the affirmative when asked wasn't this a big development.

A woman wearing an explosive suicide vest blew herself up on Wednesday during the raids by heavily armed police.

Police said one man was also killed and seven people arrested in the standoff.

Police said one person was thought to be still inside the apartment, but it wasn't clear who.

Richier said more attacks against France and in Europe can be expected since French security forces have tracked a group of people who were associated with the Paris attackers.

"We are expecting more attacks against France, against Europe. It is a war which has been declared on us. We are fighting that war. Of course we will face difficulties but we will win that war," he said.

Richier said French authorities have identified 1,500 people who in one way or another are connected to the fighting in Syria.

"It's a big number but in comparison to the French population it is a very tiny minority. What we are dealing with is some fringe elements which we can certainly try to match," he said.

"Last week's attack shows that we were right to be worried. Most of them were French citizens and most of them had spent time in Syria," he added.

Asked about France's cooperation with India in counter-terrorism, the ambassador said there is very good understanding between the two countries and that it will continue to work in that framework.

"We expect to hold a meeting of our joint working group on terrorism early next month. That will be an important opportunity to share our experience in the field of analysing what happened in France." he added.

The ambassador also said that France has received political support from India in its fight against terrorism.