'Pak's deadly 2007 attack on US soldiers was hushed up'

Source: PTI
September 27, 2011 21:27 IST
The United States was aware of Pakistan's "duplicitous role" in the war on terror long before its top military commander Mike Mullen branded the dreaded Haqqani network of Taliban a "veritable arm" of Inter Services Intelligence, a media report said on Tuesday.

A serious incident involving an ambush on American military officers by Pakistani troops in Teri Mangal on May 14, 2007, in which a US major was killed and three other officers were injured was hushed-up by Washington as relations between the two nations were viewed as too valuable to risk, 'The New York Times' reported.

The attack took place when some American military officers and Afghan officials had just finished a five-hour meeting with their Pakistani hosts in a village schoolhouse to settle a border dispute.

"An American major was killed and three American officers were wounded, along with their Afghan interpreter, in what fresh accounts from the Afghan and American officers, who were there, reveal was a complex, calculated assault by a nominal ally," the report said.

The assault involved multiple gunmen, Pakistani intelligence agents and military officers, and an attempt to abduct or draw away the senior American and Afghan officials.

The 2007 attack was kept under wraps by Washington, which for much of a decade has seemed to play down or ignore signals that Pakistan would pursue its own interests, or even sometimes behave as an enemy, the report said.

The reconstruction of the attack, which several officials suggested was revenge for Afghan or Pakistani deaths at American hands, takes on new relevance, given the worsening rupture in US-Pak relations, which had often been restrained by Pakistan's strategic importance, the Times said.

The details of the ambush indicate that Americans were keenly aware of Pakistan's sometimes duplicitous role long before Admiral Mullen, Chairman of the Joint Chiefs of Staff, told the Senate last week that Pakistan's ISI was undermining US efforts in Afghanistan and had supported insurgents who attacked the American Embassy in Kabul this month.

Mullen had said that the Haqqani network acted as a "veritable arm" of the ISI.

"... both sides kept any deeper investigations of the ambush under wraps, even at the time it was seen as a turning point by officials managing day-to-day relations with Pakistan," the report said.

Pakistani officials first attributed the 2007 attack to militants, then, when pressed to investigate, to a single rogue soldier from the Frontier Corps, the poorly controlled tribal militia that guards the border region.

"To this day, none of the governments have publicly clarified what happened, hoping to limit damage to relations. Both the American and Pakistani military investigations remain classified," the Times said.

The attack in 2007 came after some of the worst skirmishes along the ill-marked border. American and Afghan forces had just fought and killed a group of 25 militants near the border in early May.

A border meeting was called to ease tensions, and a small group of Americans and Afghans -- 12 men in total  flew by helicopters to Teri Mangal, just inside Pakistan, to try to resolve the dispute.

After the five-hour meeting, just as the American and Afghan officials were leaving for a helicopter landing zone, a Pakistani soldier opened fire with an automatic rifle, pumping multiple rounds into an American officer, Major Larry J Bauguess Jr, killing him almost instantly. 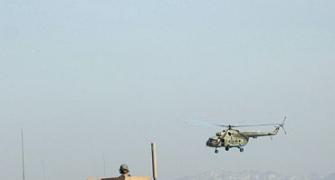 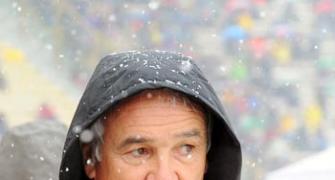 US wants to weaken Pakistan govt over Haqqanis: Taliban