Pakistani journalist Tarar says she is a victim of conspiracy 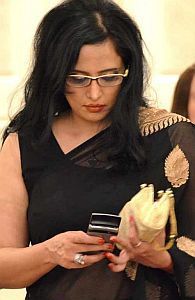 Peeved at being at the centre of controversy surrounding Shashi Tharoor, Pakistani journalist Mehr Tarar claimed she had no role in his marital discord with Sunanda Pushkar and was a "victim of conspiracy".

Tarar, who has changed her profile picture on Twitter to a burning candle following Pushkar's death on Friday, said she met Tharoor twice -- once in India in April and then in Dubai in June last year.

"There were lot of people present there," the 45-year-old Lahore-based journalist said while speaking to Geo Tez Saturday night.

"When I wrote an article that mentioned him, his wife probably did not like that another woman whom she did not know praised him so much. So she asked him to stop talking to me. Despite that he (Tharoor) kept following me on Twitter after which she said stop following her (Tarar) on Twitter.”

"I don't know why she had a problem about me talking to her husband over phone or email. The talks I had with him is something that I can talk with anyone and anywhere in the world," she said.

Tarar, mother of a 13-year-old boy, then surprisingly went on an all out attack on Pushkar.

"Have you googled? You will find that problems emerged in their marriage since May and June. I was not involved in their life. At that time, she didn't know me nor was she blaming me for anything.

"Google their names and you will see what will appear. 'Marriage is about to break'. 'Trouble in paradise'. 'Fairytale is over'. News have been appearing about their marriage for long".

She said Pushkar first attacked her after an interview she did with Jammu and Kashmir Chief Minister Omar Abdullah.

"She (Pushkar) tweeted saying why has our CM spoken to a Pakistani journalist. First Pakistan sends Army and then sends journalist. She started fighting with me," Tarar said.

She claimed she was a "victim of conspiracy".

"Everything has happened to me. A Pakistani woman sitting here cannot spoil their marriage," she said.

Tarar alleged Pushkar always had one issue or the other.

"She used to get upset and come on twitter. She has not been well for a long time. Some Indian Union minister also said she was seriously ill. Her husband and his office have said she had been on medication for the last three days.

"She was not eating. She was smoking too much... She also had stomach TB. This is not what I am saying but what has appeared in Indian media. If she fights with her husband and later her health gets affected, what is the connection of the love story about me," Tarar said.

Pushkar, 52, was found dead at a five-star hotel in New Delhi. Pushkar and Tharoor were at the centre of a raging controversy when reports emerged that she was upset over reported text and tweet messages between her husband and Tarar. 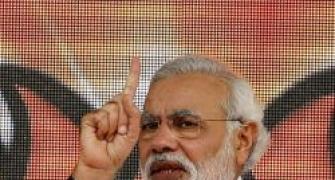 Reach out to booths and households: Modi to BJP workers 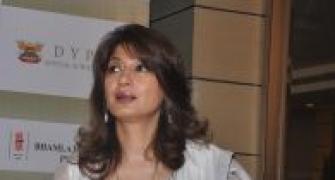 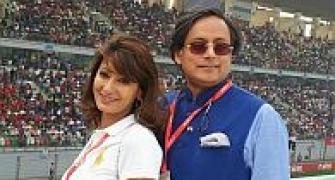 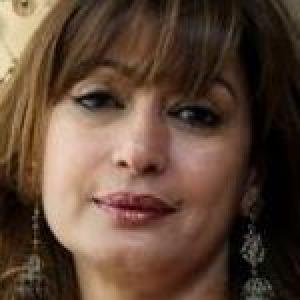