A lawyer has filed a petition in the Supreme Court asking it to direct authorities to arrest former Pakistani ambassador to the US Husain Haqqani and produce him before a judicial panel probing a mysterious memo that triggered a confrontation between the government and the military.

Lawyer Zafarullah Khan, a leader of the Watan Party, filed the petition in the Lahore registry of the apex court on Thursday.

He claimed the Supreme Court-appointed judicial commission had given adequate time to Haqqani to appear before it for recording his statement but he was making "lame excuses" to avoid an appearance.

Khan said the memo scandal was not a political case but a criminal one and if Haqqani refused to join the proceedings, he would become an absconder or fugitive.

He alleged that Haqqani had decided to apply for political asylum in US.

Haqqani was forced to resign last year after American businessman Mansoor Ijaz made public a memo that had allegedly sought US help to stave off a feared coup in Pakistan after the killing of Osama bin Laden.

Ijaz has so far not produced any credible evidence to back up his claims, which have been dismissed by the government.

The former envoy, a close aide of President Asif Ali Zardari, is currently outside Pakistan.

He has said he is unable to return to the country as he is undergoing treatment for a heart condition in the US.

Haqqani has asked the commission to allow him to depose via a video link, a facility that was earlier extended to Ijaz.

Khan said in his petition that Haqqani's request to record his statement though video conference should be dismissed and he should be arrested in order to appear in person before the commission.

He further contended that Haqqani should be punished for violating an undertaking he had given to the Supreme Court.

Ijaz had claimed that he had drafted and delivered the memo to the then US military chief in May last year on the instructions of Haqqani.

The government and Haqqani have denied these claims.
Source: PTI© Copyright 2021 PTI. All rights reserved. Republication or redistribution of PTI content, including by framing or similar means, is expressly prohibited without the prior written consent.
Related News: Husain Haqqani, Mansoor Ijaz, Zafarullah Khan, US, Supreme Court
Print this article
Maoist guns fall silent, it's now up to Nepal's politicos 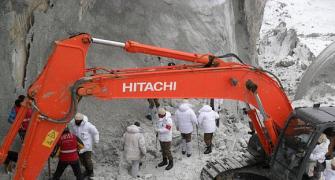 Will Zardari, Singh go where no men have ever gone before?
US embassy's expansion plan challenged in Pakistan SC

ISI had no info on any coup plans in Pak, says Pasha