The Pakistan government will not defend Jamaat-ud-Dawa chief Hafiz Muhammad Saeed before a United States court in connection with the 2008 Mumbai terror attacks.

The government stated this before the Lahore high court in reply to Saeed's petition seeking a direction for the Pakistan government to defend him before a US court, which has issued summons to him, along with top Pakistani intelligence personnel, in connection with the November 2008 Mumbai terror siege.

Saeed, his operational commander Zaki-ur-Rehman Lakhvi, Director General of Inter Services Intelligence Lieutenant General Ahmed Shuja Pasha, his predecessor Lieutenant General (retired) Nadeem Taj, Major Ali and Major Iqbal are among those who have been summoned for appearing before the court in a case filed by an injured US citizen and the heirs of four others, who were killed in the terror strike on November 26, 2008.

During the proceedings on this petition, Deputy Attorney General Naseem Kashmiri submitted a reply on behalf of the foreign ministry, saying the government would not provide legal aid to any individual before the US court.

Saeed's counsel AK Dogar submitted that under the Constitution, all citizens have equal rights, and said that the state is constitutionally bound to protect the rights of its citizens and defend them against baseless allegations levelled by another country.

Later, the court postponed the case hearing till October 12 and directed the petitioner's counsel to file his submission in writing after going through the foreign ministry's reply, the Daily Times reports.

At earlier hearings, the petitioner had stated that he was served with summons from the United States district court on December 16, 2010, in connection with a case relating to the 26/11 Mumbai attacks.

On December 31, 2010, the federal government had announced that it will defend other parties -- including ISI head Lieutenant General Ahmed Shuja Pasha -- against the lawsuit, he added.

Through his counsel AK Dogar, Saeed pleaded that he is a citizen of Pakistan and enjoys the same rights as any other Pakistani individual under Article 25 of the Constitution; therefore the government should also defend him in the same manner it is protecting the ISI chief and other officials. 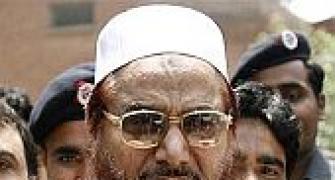 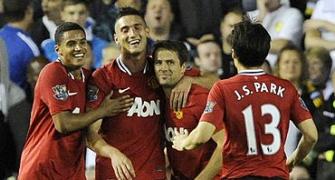 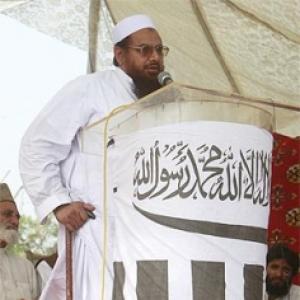