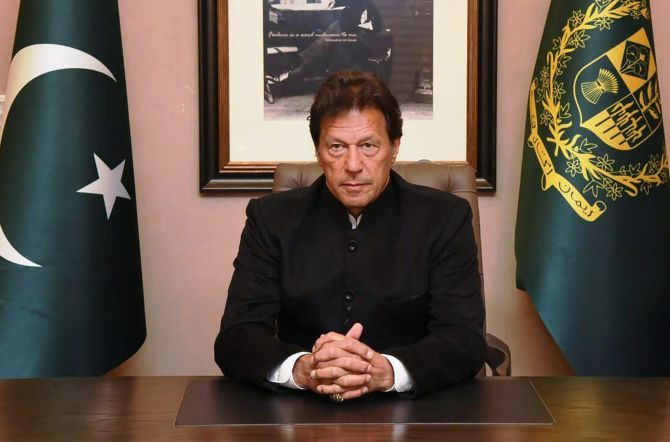 Pakistan Prime Minister Imran Khan on Tuesday assured India that he would act against the perpetrators of the deadly Pulwama terror attack if it shares 'actionable intelligence' with Islamabad, but warned New Delhi against launching any 'revenge' retaliatory action.

In a video message to the nation, five days after the Pulwama terror attack, Khan responded to the India's allegations on Pakistan's involvement in the suicide strike carried out by Pakistan-based Jaish-e-Mohammad (JeM) terror group that left 41 Central Reserve Police Force personnel dead.

Khan, a cricketer-turned-politician, said that he understood it was India's election year and the narrative of blaming Pakistan would make it easier to get votes from the masses.

He hoped that better sense will prevail and that India would be open to dialogue with Pakistan.

Dismissing Islamabad's involvement in the Pulwama attack, Khan said that Delhi holds Pakistan responsible each time an incident happens in Kashmir and makes Pakistan its 'whipping boy' again and again.

Pakistan wants 'stability in the region' and the Kashmir issue like the Afghan issue will be resolved through talks, he said.

"If you have any actionable intelligence that a Pakistani is involved. Give it to us. I guarantee you we will take action -- not because we are under pressure, but because they are acting as enemies of Pakistan," he said.

"I have been hearing and seeing on the Indian media that politicians there are calling for revenge from Pakistan. If India thinks it will attack Pakistan, then we will not just think but retaliate," Khan warned.

"Starting a war is in our hands, it is easy. But ending a war, that is not in our hands and no one knows what will happen," Khan said.

Prime Minister Narendra Modi on Monday said the Pulwama terror attack has shown that time for talks is over.

"The brutal terrorist attack in Pulwama shows that the time for discussions is over now. Now, the whole world unitedly needs to take concrete steps against terrorism and its supporters.

"Hesitating to act against terrorists and their anti-humanitarian supporters is also equivalent to promoting terrorism," Modi said in a press statement in the presence of
visiting Argentine President Mauricio Macri in New Delhi.

Prime Minister Khan said Pakistan was ready for talks with India on the issue of terrorism.

"I say it clearly this is a Naya (new) Pakistan and a new mindset," he said.

"India talks about including terrorism in dialogue with Pakistan. Terrorism is a big issue facing this region and we want to eliminate it," Khan said.

"If someone is using Pakistan's soil [to carry out terror attacks elsewhere], it is enmity with us. It is against our interests," Khan said while talking about 'non-state actors'.

He said he did not immediately respond to India's allegations as he was busy with Saudi Crown Prince Mohammed bin Salman's visit to Pakistan.

"India accused Pakistan without any evidence and without thinking how this [attack] would benefit us," he added.

"Would even a fool try to sabotage such an important visit as that of the Saudi crown prince?" the prime minister asked.

"We have been fighting against terrorism for the past 15 years. How will Pakistan benefit from such incidents?"

On the Kashmir issue, Khan said, "Kashmiris are not afraid of death anymore. There must be a reason for that."

Should there not be a discussion in India on this?" he asked and went on to say, "which law in the world allows everyone to become a judge and jury?"

Questioning whether India "wants to resolve the issue through military", Khan said, "This has never been a successful measure."

The already sour relations between India and Pakistan have worsened over the past week as New Delhi blamed Islamabad for the Pulwama attack. Both countries have called back their envoys for 'consultations'. 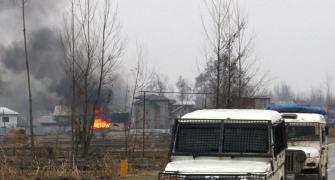