Pak team shies away from questioning minister in Bhutto case

A Pakistani investigation team probing the assassination of ex-premier Benazir Bhutto is reluctant to record the statement of Interior Minister Rehman Malik though he was her security advisor at the time of her killing in 2007, a media report said.

The joint investigation team of the Federal Investigation Agency (FIA) has sent a questionnaire to almost all government officials and leaders of the ruling PPP, who were directly or indirectly accused of not providing adequate security to Bhutto, but is reluctant to send the document to Malik, the Dawn newspaper quoted unnamed sources as saying.

"I have not thought about sending the questionnaire to Mr Malik," said FIA chief Waseem Ahmed, who recently got an extension in service on recommendations of the Interior Minister. The sources claimed that the FIA had prepared a questionnaire for Malik but could not dare send it to him, the report said. The FIA chief rejected the claim.

"The FIA has never prepared any such questionnaire for the Interior Minister nor is it thinking about it," said Ahmed. In light of a UN commissions report on Bhutto's assassination, the investigation team recorded the statements of a number of people, but not of the Interior Minister. The team sent a questionnaire to former President Pervez Musharraf, currently in self-exile in Britain. He has been accused of not providing adequate security to Bhutto for the public meeting in Rawalpindi where she was killed by a suicide bomber in December 2007.

of the UN inquiry commission met the Interior Minister several times and visited his residence to record his statement. He had reportedly said he was ready for questioning. Malik had earlier said in a statement that the investigation team's questionnaire had been sent to various persons, including former Punjab Chief Minister Chaudhry Pervaiz Elahi and ex-Intelligence Bureau chief Ijaz Shah.

The two have been accused of not providing foolproof security to Bhutto. Dissident PPP leader Senator Safdar Abbasi and his wife Naheed Khan, federal Minister Makhdoom Amin Fahim and some others who accompanied Bhutto on the day of her assassination have answered and returned the questionnaire. Malik, who was in-charge of Bhutto's security, has been accused of leaving the site of the assassination a few minutes before the attack on Bhutto. He was in a vehicle with current presidential spokesman Farhatullah Babar and Law Minister Babar Awan. According to security arrangement, Malik's vehicle was supposed to follow Bhutto's car.

Former Rawalpindi police chief Saud Aziz, arrested recently for alleged negligence in providing security to Bhutto, has claimed in a statement that Malik was responsible for the poor security arrangements that led to the assassination. Aziz said Malik was in close contact with police and it was his responsibility to stop Bhutto from exposing herself through the escape hatch of her armoured vehicle.
Source: PTI© Copyright 2021 PTI. All rights reserved. Republication or redistribution of PTI content, including by framing or similar means, is expressly prohibited without the prior written consent.
Related News: Benazir Bhutto, Federal Investigation Agency, Rehman Malik, PPP, Saud Aziz
Print this article
WikiLeaks has strengthened Pak govt, says PPP
ISI officers to be quizzed in Bhutto murder case 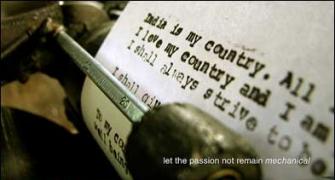 20 facts you must know about India's growth