The Pakistan prime minister is going door-to-door around the world and creating content for cartoonists, defence minister Rajnath Singh said on Saturday, a day after Imran Khan raised the Kashmir issue in his address to the United Nations General Assembly. 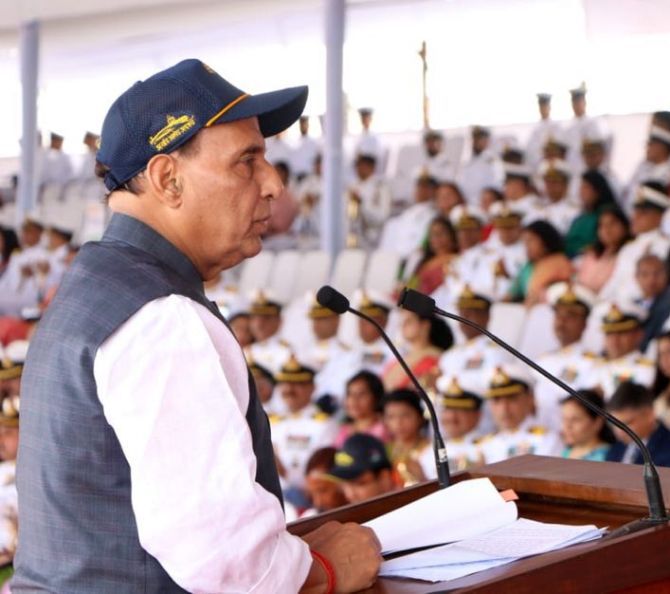 Speaking after commissioning India's second Scorpene-class submarine INS Khanderi at the dockyard of the Mazgaon Dock Shipbuilders Limited in Mumbai, he said there are some powers who want to do a Mumbai-like attack on Indian coastal regions, but "their desires will not be allowed to be fulfilled".

"Pakistan needs to understand that the Indian Navy has become much stronger with the commissioning of the Khanderi, and the government is committed to strengthen and modernise the armed forces," Singh said, adding that the navy will take strict action against those who disturb peace in the region.

On the 'Howdy, Modi' event in Houston, he said that Prime Minister Narendra Modi's recent visit to the US "showcased India's emergence as a superpower".

"We witnessed how the prime minister was welcomed by top leaders of the US at a jam packed stadium. President Donald Trump has also acknowledged the potential of our government," Singh said.

Hitting out at Khan, half of whose speech was on India and Kashmir at the UNGA, and asserting that abrogation of Article 370 was a progressive step, he said, "While our progressive steps in Jammu and Kashmir are receiving global support, the Pakistani PM has been running around door to door around the world and creating content for cartoon makers."

"The Indian Navy has established complete control over trade (routes) to Pakistani ports and completely crippled the Pakistani economy.

"Pakistan should understand that today with strong resolve of our government and advancement in naval capacity... with additions like INS Khanderi, we are capable of giving a much bigger blow," Singh said.

India is proud of its navy and can never forget the exceptional role it played in the 1971 war when Operation Trident and Operation Python broke the backbone of the Pakistan navy, the defence minister said.

On the submarine's commissioning, he said, "It is a matter of immense pride that India is one of the few countries which can build its own submarines."

The Scorpene-class submarine possesses superior stealth and other major combat capabilities. It can attack with torpedoes as well as tube-launched anti-ship missiles whilst underwater or on surface and was launched at the Mazgaon Dock Shipbuilders Ltd in January 2017.

The first Scorpene-class submarine INS Kalvari was commissioned into the Navy by Prime Minister Modi in December 2017. On the occasion, Modi had said Kalvari was an excellent example of 'Make in India' and will boost the Navy's might.

A contract with French company Naval Group (earlier called DCNS) was signed in 2005 for the supply of six submarines. The submarines, designed by the French naval defence and energy company, are being built by the MDL as part of Project-75 of the Indian Navy.

According to senior Navy officials, the cost of the Scorpene project now stands at around Rs 25,000 crore. 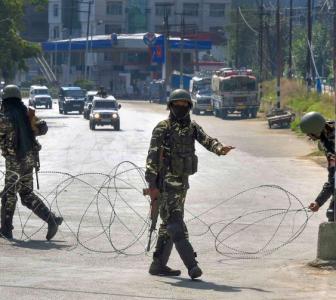