Source: PTI
Last updated on: October 07, 2011 15:58 IST
Opposition Bharatiya Janata Party members on Friday walked out of the Goa assembly protesting the speaker's action of not considering the Public Accounts Committee's report on the illegal mining in the state.

Leader of Opposition Manohar Parrikar, who heads the PAC, maintained that it was not within the powers of the speaker to hold back the report, which has pegged the illegal mining scam at Rs 4,000 crore.

The report ran into controversy ahead of the assembly session when Congress members of the panel refused to sign it.

The Congress, which heads the coalition government and had been facing the heat over the illegal mining trade in the state, has expressed reservations over the PAC's findings.

Speaker Pratapsingh Rane told Parrikar that "he has to see the report" and refused any discussion on it on the floor of the House. "If you want to talk about it come to my chamber," Rane said.

The Opposition benches expressed dissatisfaction over the speaker's conduct before staging a walkout in protest.

After the BJP legislators left, Rane told the House that a majority of the PAC members had raised objection over the report. "When I have received letters from the committee members saying they have not seen or signed the report, it's my duty to scrutinise the report."

The PAC report stems from the findings by the Comptroller and Auditor General who had pointed to illegal mining trade in the coastal state.

The Parrikar-led committee has claimed that annually iron ore worth Rs 200 crore is being illegally exported from Goa ports. The committee has recommended a probe by the Central Bureau of Investigation or Lokayukta into the scam.

Source: PTI© Copyright 2021 PTI. All rights reserved. Republication or redistribution of PTI content, including by framing or similar means, is expressly prohibited without the prior written consent.
Related News: Public Accounts Committee, Bharatiya Janata Party, Pratapsingh Rane, Goa, Manohar Parrikar
Print this article
Why does the Congress have such a poor culture of accountability?
Rahul is 'future' of Congress, says spokesperson 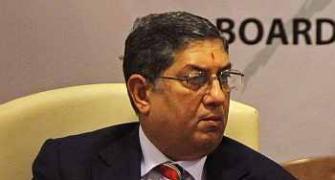 Srinivasan to take over BCCI reins from Manohar 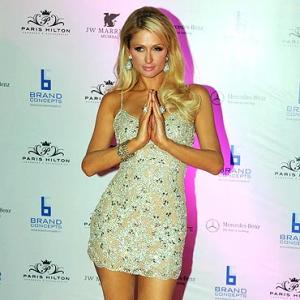