Oxygen supply up by nearly 4 times from Feb to April: Govt sources 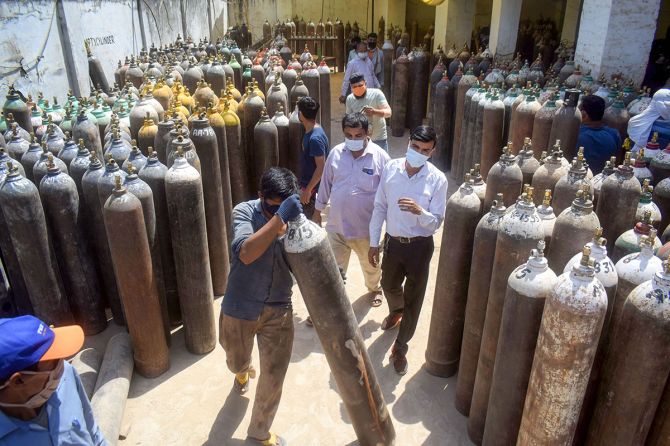 IMAGE: A worker sorts cylinders filled with medical oxygen at a plant, as coronavirus cases surge across the country, in Prayagraj. Photograph: PTI Photo

The Union ministry of health and family welfare had earlier informed that 162 Pressure Swing Adsorption oxygen plants have been sanctioned by the Centre for installation in public health facilities in all states.

The health ministry further informed that in addition to 162 plants already sanctioned, the states have requested Centre for more than 100 such additional plants which are also being sanctioned.

Indian Council of Medical Research Director-General Dr Balram Bhargava had on Monday stated that oxygen utilisation has been more in the second wave of COVID-19.