Rioting charges against 3000 persons for attacking police in Vizhinjam

Over 3,000 persons have been booked under unlawful assembly, rioting and criminal conspiracy charges on Monday in connection with the violent attack on the Vizhinjam police station last night as part of the ongoing protest against the under-construction Adani port. 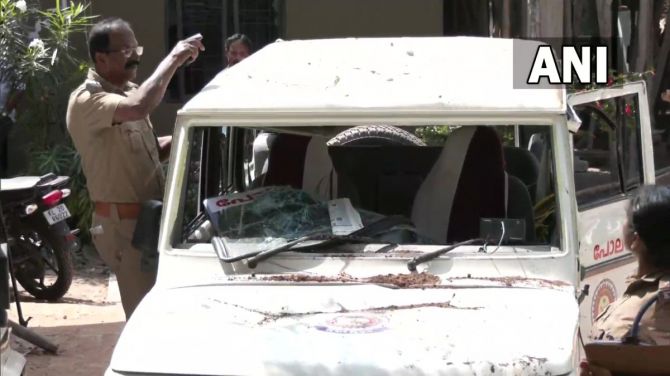 IMAGE: A police vehicle damaged in the attack on the Vizhinjam police station by anti-Adani port protestors on November 27, 2022. Photograph: ANI on Twitter

In the FIR, police have registered a case against 3,000 identifiable persons including women and children for vandalising the station and injuring police personnel. As many as 40 police personnel and numerous locals were reported to be injured in the violence that ensued.

The police said around 3,000 people gathered at the Vizhinjam police station demanding release of one accused in a case registered on Saturday and other suspects, Leo Stanley, Muthappan, Pushparaj and Shanki, who were under custody.

It also states that there was a loss of around Rs 85 lakh due to the attack.

Meanwhile, the Thiruvananthapuram city police commissioner told the media that the attack on the police station cannot be justified at all.

"We had already deployed enough police personnel. Attack on the police station cannot be justified. The people reached the station demanding to release one person who was charged under Section 307 of the IPC," the commissioner said.

Meanwhile, the four persons who were taken into custody were released on station bail after recording their arrest.

Additional Director General of Police (Law and Order), M R Ajith Kumar, had told the media that around 36 police officers were admitted to various hospitals of the city after getting injured in the attack by the mob which vandalised the police station on Sunday.

"...a mob gathered at the police station in the evening and demanded the release of a few persons who were arrested in another case. They vandalised the police station and attacked the officers. An SI has received an open fracture on his leg. It seems like he was hit by a brick," Kumar had told the media.

The mob targeted the police station using sticks and bricks, and attacked police officers after a person was arrested and a few others were taken into custody in connection with the violent protests on November 26.

Considering the sensitive situation prevailing in the area, the Kerala government has deployed more police officials from the other districts also.

The agitators also attacked media-persons who were present at the site. The cameraperson of a local channel Sherif M John was attacked by the protesters, who damaged his camera and snatched his cellphone. He was admitted to Thiruvananthapuram Medical College Hospital.

On Sunday, the state police lodged an FIR against at least 15 Latin Catholic priests, including metropolitan Archbishop Thomas J Netto and Perera, over the violence at Vizhinjam on Saturday. Following this, the police arrested one person and took into custody four others. The mob gathered attacked the police station on Sunday seeking their release.

Television channels aired visuals of the vandalised Vizhinjam police station as well as overturned vehicles, including a police van and jeeps.

Security has been tightened in the Vizhinjam region following the violence. 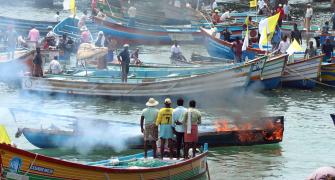 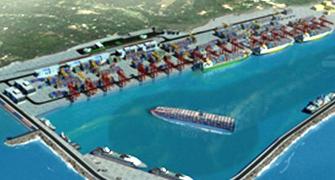 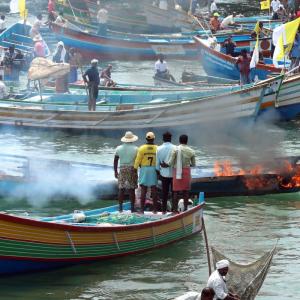 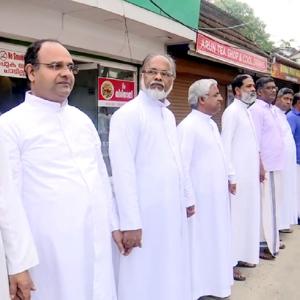