Lok Sabha Speaker Meira Kumar on Wednesday rejected the Opposition's demand for a vote on the price rise issue and adjourned the House for the day.

Kumar said price rise is a matter of concern and may be discussed in any form other than the adjournment motion.

The Rajya Sabha too has been adjourned for the day over the same issue.

Kumar had earlier allowed Members of Parliament to debate on whether the House should allow the adjournment notices, which entail voting.

During the debate, Finance Minister Pranab Mukherjee attacked the Opposition for stalling Parliament proceedings, saying it was deliberately trying to derail the monsoon session.

government is open to a debate, and, there is no question of discussing it under the adjournment motion. The opposition is deliberately trying to derail the Parliament session," he added.

Leader of the Opposition Sushma Swaraj said the opposition could demand a discussion under various rules but it wanted the adjournment motion, under which there was no need for the government to resign even if the motion was passed.

"We just want to censure the government. The government will not fall if the motion is passed by the House," she added.

Swaraj further said some parties, which are currently a part of the United Progressive Alliance, were supporting the motion, and would vote in its favour. 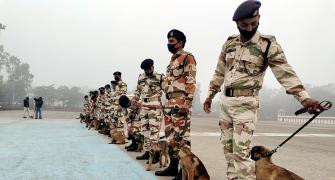