1 lakh guards not enough? Six countries fly in own security for CWG

About 1,00,000 security personnel from 14 states are guarding New Delhi as it plays host to the 19th Commonwealth Games. Commandos from the National Security Guard, Central Reserve Police Force and the Indian Army are roped in for ground patrolling along with several state police forces and air cover is being provided by the Indian Air Force.

That's not all. The National Disaster Response force is also stationed in the capital to look out for anti-social groups, if any, handling chemical, biological or radiological weapons. The local daily wagers -- from hawkers to cycle-rickshaw pullers -- have been sensitised by cops to watch out for any suspicious activity. All this only to ensure that disaster keeps its distance from the Games.

But foreign nations participating in the Games still have doubts about their safety in India. With incidents like the 26/11 Mumbai terror attacks still fresh in their memory, many countries have flown into Delhi with security personnel in tow as part of their support staff to make sure their athletes are safe.

"However, these personnel are prohibited from carrying arms. The guards from these teams are members of their state police forces and are responsible for interacting with Indian security personnel, reviewing security and giving security briefings to their players. In fact, they act as security advisors than guards," said the officer. "Based on this assessment, they advise players on places they can frequent and the mode of transportation to be used."

After two Taiwanese tourists were shot at on September 19, the security concern among participating nations only grew. Also an Australian journalist, in an alleged sting, claimed security was lax.

"Following this incident, several countries contacted the Indian government and us, demanding explanations about the loopholes in security. While the firing incident is under investigation, in the second case, the reporter did not cross even a single security checkpoint  all he did was walk past a security barricade kept for diverting vehicles. Moreover, at that point the Jawaharlal Nehru stadium was not beefed up. When we explained these factors to the countries, they were reassured and sent their teams as planned," the officer added.

According to the police, this is not a first international event wherein countries bring their own security personnel along. It's "normal" for counties to send their security, said another police official.

"Security at mega events like these is not what it used to be. The security at Delhi's CWG is more stringent than the Melbourne Games in 2006. The London Olympics security measures will be even more stringent than our security. Many countries will send their own security for the London Olympics as well," added the officer. "This is because these events are made targets by terrorists because of their magnitude. And when countries send their own security, it is largely to interact with the established security in the host country so that players and other support staff can concentrate on their jobs. We are constantly in touch with security officers of countries who have not flown in their security personnel."

According to these officials, instead at looking at the precautionary arrangements by other nations as an embarrassment it should be viewed as security coordination. "With interaction at an international level, we get an opportunity to discuss security measures with countries that have already hosted such events. In fact, security agencies from across the world have been impressed with our arrangements.

"The British police have started working on their security arrangements for the London Olympics and have contacted us for advice. For events like the CWG, security representatives have to review arrangements in host countries," the officer said.

However, not all countries have sent security advisors to India. The African nations, which have the maximum number of athletes in the capital, do not have any security representatives for the Games. Countries like Nigeria had expressed security concerns initially, but later were satisfied with the cover provided by India. 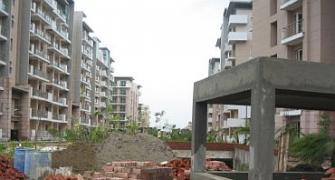