1 killed, 12 hurt as part of bridge falls on railway track in Maharashtra

A 48-year-old woman died and 12 persons were injured as they fell on a railway track after some part of a foot over-bridge collapsed at a railway station in Chandrapur district of eastern Maharashtra on Sunday, officials said. 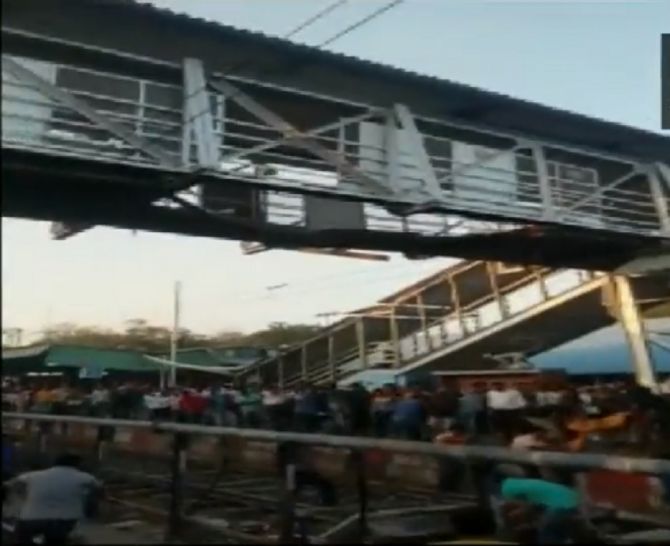 The incident occurred at Balharshah junction railway station in Ballarpur town, located around 150 km from Nagpur, at 5.10 pm, they said.

The FOB where the incident took place is connected to platform number 1 and 2 of the station under Nagpur division of the Central Railway.

"A large number of passengers were using the FOB in order to catch a Pune-bound train when a part of it suddenly caved in. As a result, 13 people fell around 20 feet down on the railway track," an official of the Government Railway Police said.

The injured were taken to the Ballarpur Rural Hospital and some of them were later shifted to Chandrapur Government Medical College and Hospital and a private hospital, the district information office said.

"Of the two seriously injured, Neelima Rangari, a 48-year-old woman, died at a private hospital while undergoing treatment and another person is in the intensive care unit there," Chandrapur district collector Vinay Gowda said.

Five are being treated at the GMCH, while others were discharged after preliminary treatment, he said.

Rangari, a local resident, was a teacher, police said.

According to the CR, the pre-cast slab of the FOB connecting platform number 1 and 2 of the railway station collapsed, but the remaining portion of the bridge is intact.

The railway authorities announced a financial aid of Rs one lakh for the grievously-injured persons and Rs 50,000 for other injured, CR's chief public relations officer Shivaji Sutar said.

Ballarpur is around 12 km away from Chandrapur district headquarters.

Chandrapur Guardian Minister Sudhir Mungantiwar directed the hospital authorities to provide all necessary medical aid to the injured persons and ordered an investigation into the incident, the administration said. 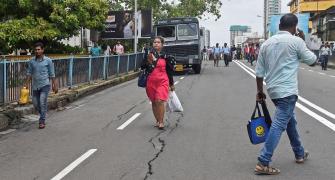 Day after Mumbai bridge collapse, cracks appear on another 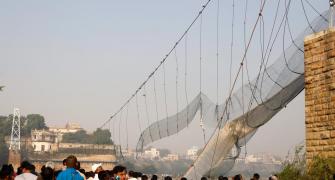 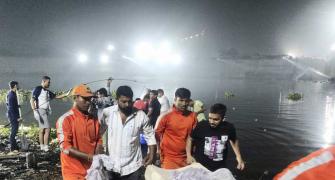 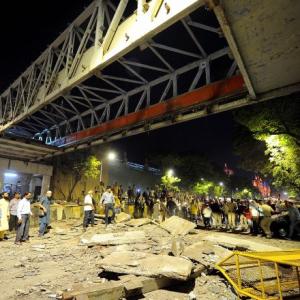 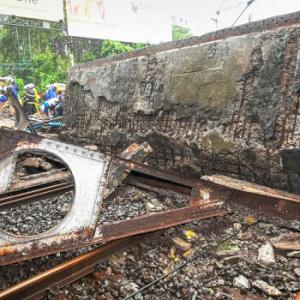