Hours after a peaceful first phase assembly election recorded nearly 80 per cent turnout on Monday, a blast rocked Goalpara in lower Assam, going to the hustings in the second phase on April 11, killing two persons.

Suspected United Liberation Front of Asom - Independent, militants carried out the explosion which also injured 21 others, including four policemen, near a temporary election office of the the Bharatiya Janata Party at Dudhnoi in Goalpara district, Superintendent of Police Nitul Gogoi told PTI.

The bomb suspected to have been kept in a bag on the footpath near the BJP office adjacent to Dudhnoi traffic police point exploded at around 7.30 pm killing two civilians, Gogoi told PTI.

The deceased were identified as Bapon Saha and Ajit Dutta.

The 21 injured were taken to hospital where the condition of 14 was stated to be serious, police said.

The explosion which also damaged two shops in the busy market place caused panic and the police cordoned off the area.

Assam had a peaceful polling with nearly 80 per cent voter turnout in the first phase of polling today for 65 of the 126 assembly constituencies.

Goalpara is among the 61 constituencies going to the hustings in the second phase on April 11. 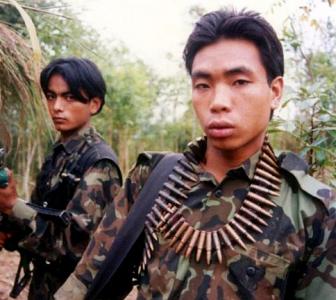 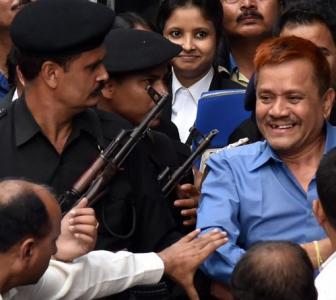 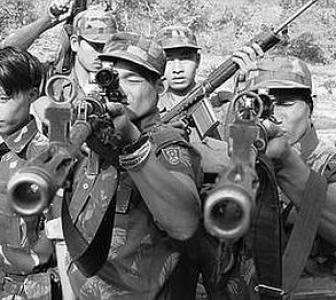 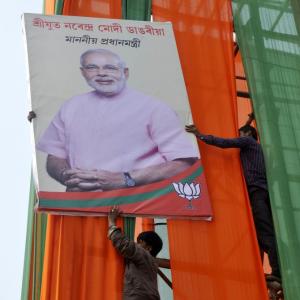 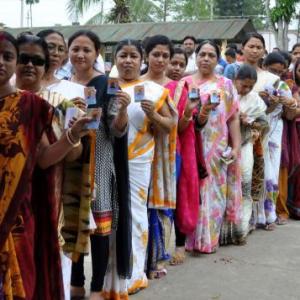