Reaching out to the huge constituency of women voters ahead of the Lok Sabha polls, Congress chief Rahul Gandhi on Friday promised passage of the women's reservation bill, in limbo for the last nine years since being cleared by the Rajya Sabha, if his party is voted to power. 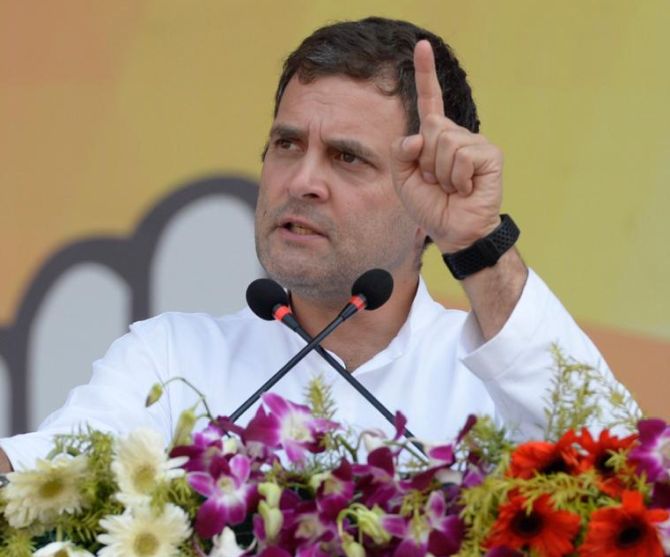 Interacting with women on the International Women's Day, Gandhi exhorted them to fight for "space" in every sphere of life as the country cannot progress without their effective and equal participation.

"You must fight for your space and don't consider yourself lesser than a man. Women should fight for due place, be it the assembly, Lok Sabha or the business field," he said responding to a query by a woman delegate at the conclave.

He also asked men to work towards securing for women their due place in society.

The 108th Constitution (amendment) Bill, which envisages 33 per cent reservation to women in Parliament and state assemblies, was brought by the then United Progressive Alliance government in 2008 and passed by the Rajya Sabha in 2010.

Its passage was one of the promises made by the Bharatiya Janata Party in its election manifesto for the 2014 general elections. Apart from the BJP and the Congress, several parties including the Left, the Nationalist Congress Party, the All India Anna Dravida Munnetra Kazhagam and the Dravida Munnetra Kazhagam have backed the legislation but a law for women's reservation in these bodies remains as elusive as ever.

Gandhi said women should participate more and more in politics, and referred to how they had benefited from quotas in panchayati raj institutions in some states.

The Congress president, whose party has been relegated to the margins in Odisha politics, deplored that there were only two women ministers in the state.

When a delegate raised the issue of alleged rape of a woman by a BJP MLA in Uttar Pradesh, Gandhi was quick to claim the prime minister had remained silent on the issue.

He said the Congress wanted a policy of "zero tolerance" to incidents of atrocities on women.

"In case of rape and atrocities on women, the prime minister and chief ministers must make thier views clear. If the Congress comes to power, our approach will be zero tolerance towards atrocities against women. They should get speedy justice," he said.

The Congress leader claimed though eight women were raped in Odisha on an average every day, only seven accused were convicted in a year because of alleged lack of concern of the government.

Gandhi promised that if the Congress was voted to power in Odisha, its government will provide for free education for women at all levels, including in medical and engineering colleges.

"All women, particularly tribals, dalits and those belonging to backward categories should get free education to ensure they are truly empowered," Gandhi added.

Assembly elections in Odisha are to be held with Lok Sabha polls.

He said revenue generated from the mining sector will be utilised for health and education.

Replying to a question on growing unemployment, Gandhi said the Hindustan Aeronautics Ltd plant at Sunebada in Odisha's Koraput district could have created many job opportunities if the public sector undertaking had bagged the Rafale fighter jet deal. 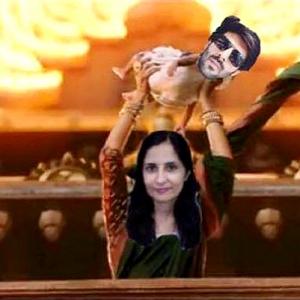 #Women's Day: Let her be imperfect