Amid an ongoing protest against three farm laws, a delegation of 29 farmers from Haryana met Agriculture Minister Narendra Singh Tomar on Saturday to extend their support to the new legislations and threatened to stage a protest if those are repealed. 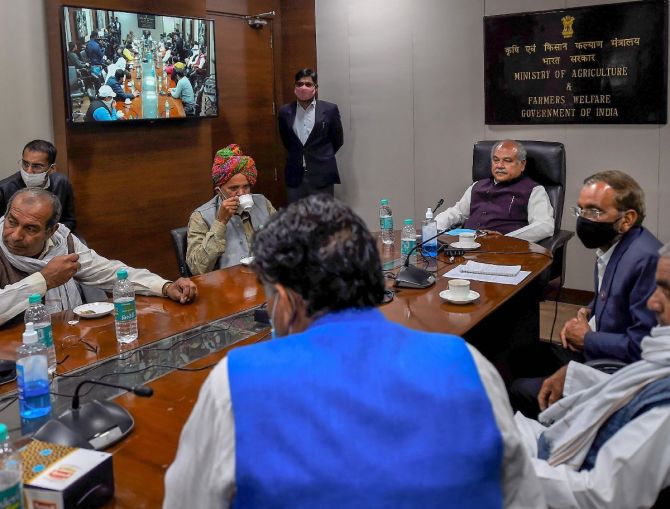 IMAGE: A delegation of Haryana farmers during their meeting with Union Agriculture Minister Narendra Singh Tomar in support of the Centre's three farm laws, in New Delhi, on Saturday. Photograph: Kamal Singh/PTI Photo

The delegation, led by Bharatiya Kisan Union's (Mann) Haryana state leader Guni Prakash, submitted a 'letter of support' to Tomar on the farm laws passed by Parliament in September and demanded the government to continue with these legislations.

"We will also protest if the government repeals the laws. We have given a memorandum to all districts," Prakash told reporters after the meeting.

He also sought to know why the previous government did not implement the recommendations of the Swaminathan Commission till 2014.

"Everyone has a right to protest. They have, so do we. We are in support of the three laws, but this protest is being led by Leftists and those who are violent," he said.

Claiming that the ongoing farmers' agitation is no longer a peasant movement, the BKU leader said, "It has taken a political colour. Farmers will get real freedom through these three laws."

This was the second group of farmers from Haryana that met Tomar and extended support to the farm laws. The first group had met the minister on December 7.

No breakthrough has been achieved during the six rounds of talks between the Centre and the agitating farmers so far, as the farmers have stuck to their demand for a repeal of the laws, despite the government sending them a draft proposal to amend specific issues without abolishing the legislations.

The three laws have been presented by the government as major reforms in the agriculture sector that will remove the middlemen and allow farmers to sell their produce anywhere in the country.

However, the protesting farmers have expressed apprehension that the new laws would pave the way for eliminating the safety cushion of minimum support price (MSP) and scrap the mandis (wholesale markets), leaving them at the mercy of big corporates.

The Centre has maintained that the MSP and the mandi system would continue and would rather be improved and strengthened further. 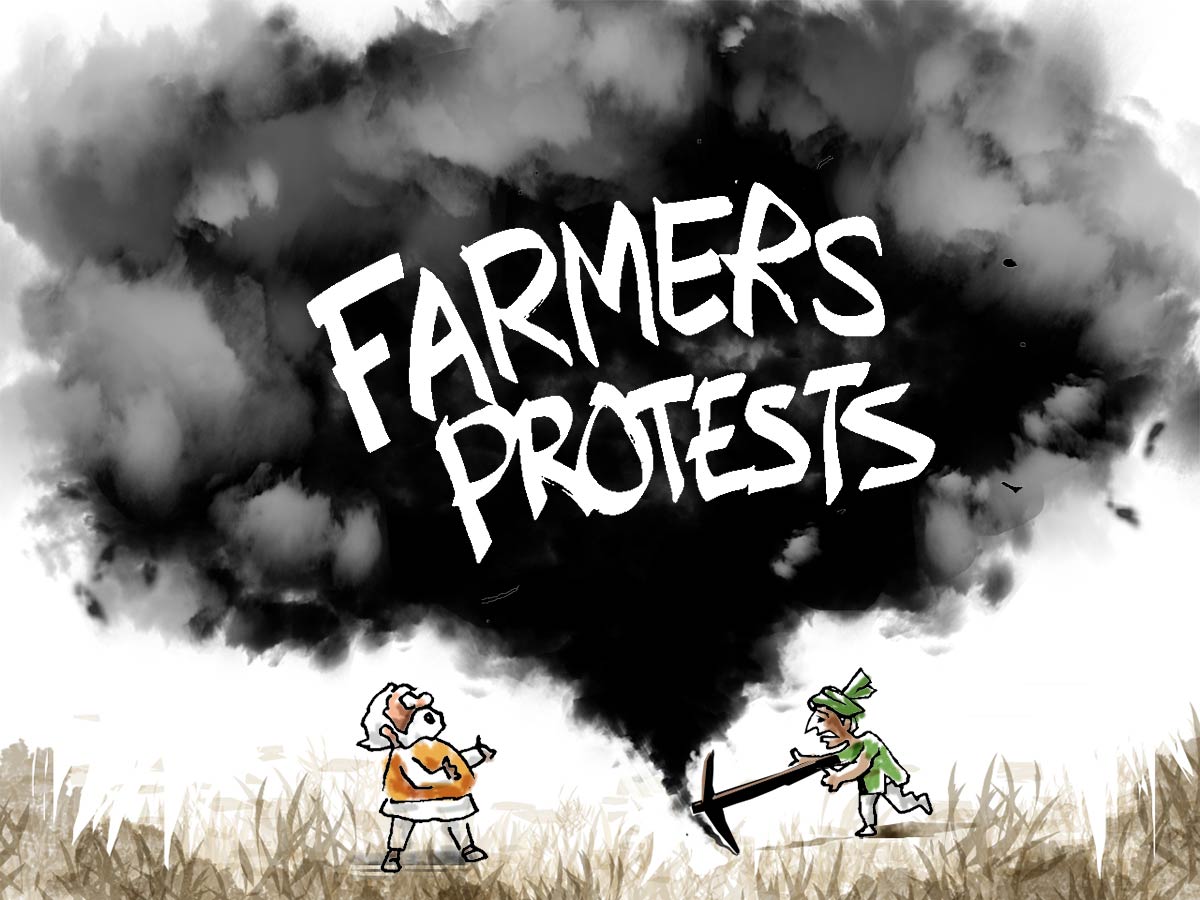