News
Business
Movies
Sports
Cricket
Get Ahead
Money Tips
Shopping
Sign in  |  Create a Rediffmail account
Rediff.com  » News » Not opposed to tri-services theaterisation but have some reservations: IAF chief

Not opposed to tri-services theaterisation but have some reservations: IAF chief

Air Chief Marshal VR Chaudhari on Tuesday made it clear that the Indian Air Force is not opposed to the tri-services theaterisation plan but asserted that the doctrinal aspects of the force should not be compromised by the proposed structures. 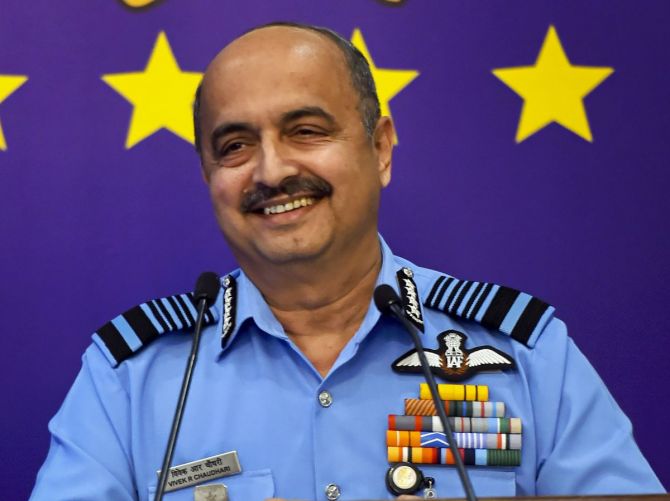 At a press conference ahead of the Air Force Day on October 8, he said the IAF has recently updated and revised its doctrine to keep it relevant, noting that no single service can win wars on its own.

Air Chief Marshal Chaudhari said the IAF has reservations about certain aspects of the proposed structures under the tri-services integration process, but it supports the overall plan that aims to ensure tri-services synergy.

With Gen Anil Chauhan taking charge as the new Chief of Defence Staff last week, it is expected that the ambitious theaterisation process of the three services will see forward movement.

"We are not opposing any process of integration and any process of theatre commands. We have certain reservations in respect to the structures," he said while responding to a question on the plan.

According to the plan, each of the theatre commands will have units of the Army, the Navy and the Air Force and all of them will work as a single entity looking after security challenges in a specified geographical territory under an operational commander.

At present, the Army, Navy and the Air Force have separate commands. A plan was firmed up for initially creating an Air Defence Command and Maritime Theatre Command.

There has been a general perception that the IAF is not very keen on the theaterisation plan.

Air Chief Marshal Chaudhari said the new structures should be created taking into consideration future challenges including in the domains of cyber and space, and that there must be clarity on the decision-making process.

He said that there must be reduction in layers of decision-making under the new structures.

"We are fully supporting the integration process; it is only the methodology and the kind of structures that need to be future ready is what we are insisting on," the Air Chief Marshal said.

"Each service has a doctrine. The doctrinal aspects of the Indian Air Force should not be compromised in any way by the new structures," he said.

The Chief of Air Staff said his force is being transformed into a global aerospace force.

"Air power has the unique capability of undertaking independent strategic operations as well as operations coordinated with sister services and other arms of the national security apparatus," he said.

Air Chief Marshal Chaudhari said the IAF understands the imperativeness of joint planning and execution in future wars and it is keen on integrating the efforts of the three services.

"We believe that the model of integration that we adopt must be future-ready, it must reduce levels of decision-making, and capitalise on the strength of all three services," he said.

"We need an organisational structure that is best suited for Indian conditions and our geopolitical imperatives," he added.

India's first Chief of Defence Staff Gen Bipin Rawat was spearheading the implementation of the theaterisation model, but the process came to a halt following his death in a helicopter crash in Tamil Nadu on December 8 last year.

"Traditionally, wars were fought on the land, sea and in the air. Today, newer domains like cyber and space are increasingly affecting the conduct of operations even in the traditional realms," the IAF chief said.

"To absorb these changes, the IAF is on the path of transformation so that we can fight and win tomorrow's wars," he said. 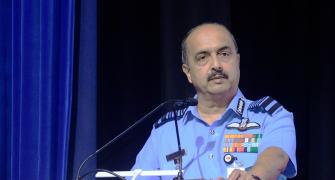 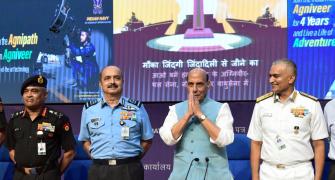 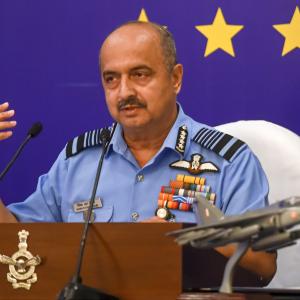