Close on the heels of a German student being asked to leave India for violating visa norms by taking part in an anti-Citizenship Amendment Act protest at Indian Institute of Technology,Madras, a Norwegian woman has been directed to return to her country by immigration officials for participating in a similar demonstration in Kochi. 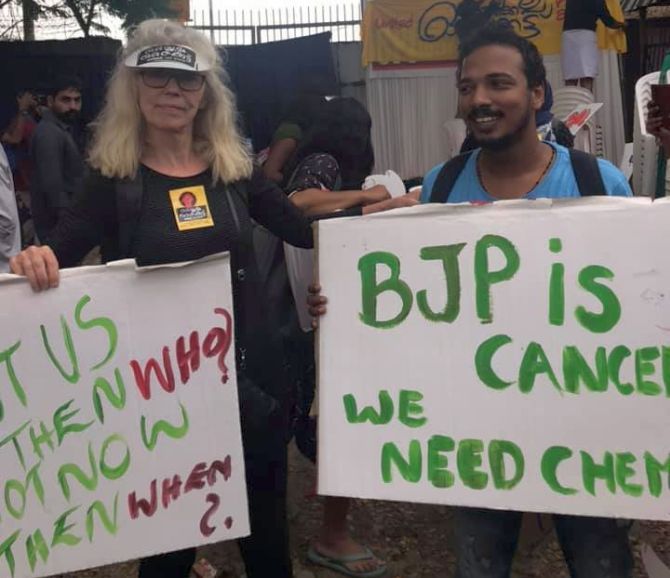 "Our enquiry found that she has violated visa norms and so she was asked to go back," Anoop Krishnan, Officer in the Foreigners Regional Registration Office said.

Janne-Mette Johansson was questioned by the immigration authorities on Thursday after photos and videos of her participation in the anti-CAA protest in Kochi on December 23 were widely circulated in the social media.

Officials of the FRRO, under the Union home ministry, which probed the matter, had visited her at her hotel in Fort Kochi and summoned her to the Kochi international airport office for questioning.

Earlier on Friday, Johansson said in a Facebook post that she has been directed by Bureau of Immigration authorities, who again came to her hotel, to leave the country "at once".

"I was told to leave the country at once, or legal action would be taken", she said in the Facebook post.

In the post, the 71-year-old woman, settled in Sweden, said she sought an explanation or something in writing, but was informed her she would not get anything in writing.

She said her friend was arranging a flight ticket to Dubai, from where she would catch a flight back home to Sweden.

"The officer from the bureau is not leaving me before he can see that I have a flight ticket", she said.

Johansson is expected to fly back to her country of residence on Friday night.

The woman, in Kochi on a tourist visa, had come under the scanner of Bureau of Immigration over her participation in an anti-CAA protest in the city on December 23.

Johansson had said in another Facebook post on December 23 that she had participated in the "Peoples Long March" against the CAA that day.

"This afternoon I participated in a protest march; People's Long March. It started from Gandhi Circle, Ernakulam, and we marched with slogans and flags to Vasco da Gama Square Cochin, while the protesters were singing and chanting and with their fists up", she had said.

"During these 12 km, there were two places where we got water with salt and sugar. We also had orange juice. No riots, just people determined...lifting up their voices,saying what has to be said. Police were helpful during the protest march", she had said.

In the Chennai incident, student Jakob Lindenthal, who was on an exchange programme and attached to the Physics Department of the IIT Madras, had taken part in the institute campus and held a placard that had an indirect reference to the Nazi persecution of the Jews in Germany between 1933-45 during the Hitler regime.

He had left the country early this week. 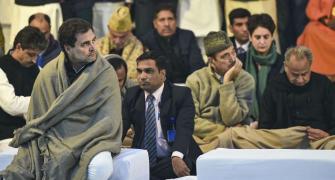 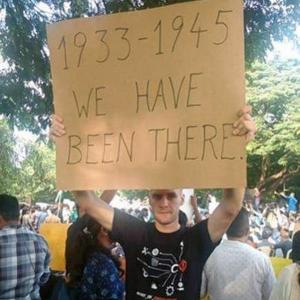