Source: PTI
November 09, 2010 22:26 IST
Even non-Muslims can create Wakf property but it would be invalid if done with a sinful objective to subvert the law, the Supreme Court has ruled, upholding the land acquisition of a popular educational institution in New Delhi.

A bench of Justices G S Singhvi and Asok Kumar Ganguly in a judgment slammed Ramjas Foundation, an educational institution, for concealing facts from the court in order to prevent the Delhi Development Authority from acquiring its land at Chowkri Mubarikabad for development of the national capital region.

The bench said the institution had concealed the fact that its earlier batch of petitions in the Delhi High Court and the Supreme Court vis-a-vis its other land in Sadhora Khurd claiming to be a Wakf property was dismissed.

However, it said dedicating one's property as "Wakf" (dedication) to god can be done even by non-Muslims.

Quoting the book on Mohammadan Law (fourth edition) Volume I, Ammer Ali, the apex court said, "Any person or whatever creed may create Wakf, but the law requires that the object for which the dedication is made should be lawful according to the creed of the dedicator as well as the Islamic doctrines. Divine approbation being essential in the constitution of a Wakf, if the object for which a dedication is made is sinful, either according to the laws of Islam or to the creed of the dedicator it would not be valid."

"This shows that a non-Muslim can also create a Wakf for any purpose which is religious under the Mohammedan Law. However, the object of the Wakf must be lawful according to the religious creed of the maker as well," said Justice Singhvi, writing the judgment.

By a notification dated November 13, 1959 issued under section 4 of the Land Acquisition Act, 1894, the Delhi government had sought to acquire 34,070 acres of land, including 872 bighas and 17 biswas land at Chowkri Mubarikabad and 730 bighas land situated at Sadhora Khurd of Ramajas Foundation, which it claimed to have been dedicated to Wakf by its original owner Rai Sahib Kedar Nath, himself a retired sessions judge.

The foundation had challenged the acquisition of the land on the ground that it was a Wakf property.

The government, however, opposed the plea saying the apex court had in 2002 dismissed the foundation's plea that the property held by it was a Wakf property and is exempted from acquisition. 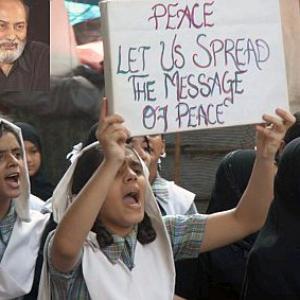