'Nobody deserves this fate' 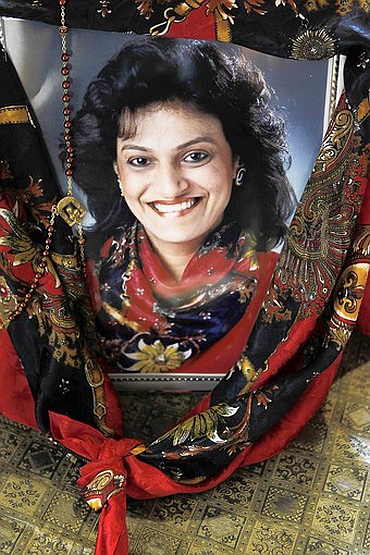 Lyvita Gomes, the Mumbai native who died after a hunger strike in an Illinois jail, is laid to rest, but questions remain. George Joseph reports in a three-part series.

Hundreds of people turned up at the Most Blessed Trinity Catholic Church in Waukegan, Illinois, February 1, to bid farewell to a woman they had never met. Lyemia Fernandes's sobs for her sister Lyvita Gomes pierced the hearts of mourners.

Gomes, 52, who died January 3 following a hunger strike in Lake County Jail, was laid to rest after a mass at the church.

Though there were some Indian Americans, the majority of mourners were non-desis. There was no one present from either the Indian embassy or the Indian consulate in Chicago. About 500 people came to pay their respects at the wake, January 31.

'She was a woman of faith, a woman of prayer. She should not have died the way she died. My prayer is that her death contribute to better justice in our world,' Father Daniel Hartnett said at the mass.

After Gomes's death, Father Hartnett along with Alfredo Miranda of the Miranda Funeral Services helped to mobilise the community and also to ask questions to the authorities about her death.

Thanks to their efforts, about 120 people, including 20 local pastors, signed a statement of concern to be presented to Lake County Sheriff Mark Curran, which asks questions about Gomes's treatment before and during her incarceration.

"The arrest photograph of Gomes on December 14 portrays a healthy woman, but after 18 days, the world gets the news of her death. We want to get answers to what happened to her in those days," Lyema's husband Rodney Fernandes, who flew down from Britain with his wife to represent the family back in Mumbai at the funeral, told Rediff.com

"We don't have a litigious mindset, but nobody deserves this fate. Whatever may be one's race, nationality or immigration status, no human being deserves this. This is a matter of human rights. We are grateful to the overwhelming support we received from the people and the media. The family and the public wish to learn the truth, the reasons why this death ever took place and if there was a collective failure of a system to provide appropriate and professional help to disadvantaged people because of their ethnic origin, immigration status or medical state."

The Fernandeses were to return to Britain on February 4. Rodney Fernandes said Lyvita's father Lamartine Gomes, 94, who lives in Mumbai, had finally been told about his daughter's death.

"The family and public at large wish to learn the truth about why she died," Rodney Fernandes said. "Was it because of her ethnic or immigration status or her mental status?"

Miranda told the local media, 'Something went wrong. It's hard to hear, "We did such a great job, yet someone died." It doesn't quite make sense.'

Lyvita was the second child of Lamartine and the late Maria Lucia Olga Gomes. Lyvita graduated from Mumbai's Sophia College with a bachelor of science degree in chemistry and biochemistry, followed by a bachelor of education from St Theresa's Institute of Education.

She was a teacher of math and science for four years. She wrote a mathematics book published by Macmillan Publications, Chennai, which is still sold and read by students. She joined PanAm as a flight attendant in 1986 and rose to an in-flight service supervisor when Delta Airlines acquired PanAm.

She rose to the position of field service manager, inflight services, India. She was transferred to Atlanta, where she was promoted to programme management in leadership development.

At the peak of her career, she was laid off. 'She continued her life with optimism,' the family eulogy said. 'Nobody thought that her life would end in a tragic way. We all thought that Lyvita would be a successful career woman and would have a family to grow with.'

Among her belongings were prayer books, the rosary, statutes of Our Lady, novena cards and prayer cards. Despite her personal circumstances she wrote a prayer for an alcoholic who was known to her.

The expenses for the funeral were borne by the funeral home company, the Holy Family Church and the Chicago Catholic Charity. Sheriff Curran said he was conducting an internal review of the timeline and records related to Gomes's incarceration and custody.

Part II: Death in the US: Unopened mail, unexplained circumstances

Also Read: 'Why did Lyvita have to starve to death?' 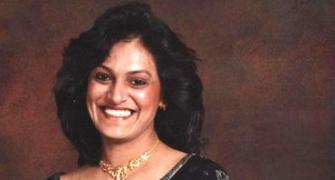 Indian's death in the US: 'Indian officials kept away'
Death of Indian due to hunger strike a tragedy: US police

Indian's death in the US: 'Indian officials kept away' 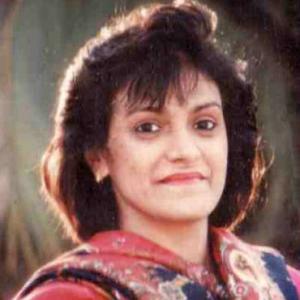 Death in the US: 'Why did Lyvita have to starve to death?'