No voter without ID card in Ahmedabad

Ahmedabad district has become the first in the country where every registered voter will be having an electoral photo identity card before the next state assembly elections, a top official said on Thursday.

"On August 31, we will be publishing final electoral rolls of around 45 lakh voters and for the first time in the country not a single entry will be without photo identity," Ahmedabad district Collector Vijay Nehra told mediapersons here today.

"This is very significant considering the lack of interest in majority of voters in big cities and it is almost impossible to convince every registered voter to submit their photos for photo electoral rolls (PERs)," he said.

As per official data, during the last assembly elections in 2007, there were 74.54 per cent of registered voters in 21 Assembly constituencies and 5,000 booths in Ahmedabad district, who had EPIC.

"In August 2011 when we started electoral review and registration campaign, 93.32 per cent of registered voters had EPIC and with the dedicated work of our 'foot soldiers' of booth level officers (BLO) we have achieved 100 per cent target," Nehra added.

The voters in Ahmedabad district as on August 31 will be 45,14,607 and all will be issued photo identities by September next, Nehra said.

"All credit goes to the teams of 5,000 BLOs and 425 sector officers who worked dedicatedly by visiting each and every household, sometime upto 10 times, to get photos of every registered voter," said Ahmedabad district election officer Bharat Parmar.

"The purpose behind EPIC is to ensure free and fair elections. As we have 100 per cent PER now, we can expect higher voting and least chances of impersonation and bogus voting during the next Assembly elections," he added.

Assembly elections in Gujarat are likely to be held in December this year.
Source: PTI© Copyright 2020 PTI. All rights reserved. Republication or redistribution of PTI content, including by framing or similar means, is expressly prohibited without the prior written consent.
Related News: Vijay Nehra, EPIC, Ahmedabad, Bharat Parmar, BLO
SHARE THIS STORY
Print this article 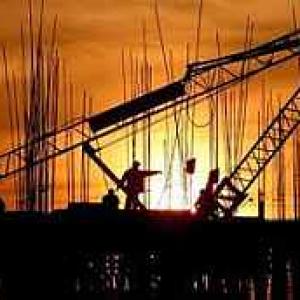