Bhutanese Prime Minister Jigmey Thinley on Monday said there were no militants from Assam in the Himalayan country and reiterated Bhutan's commitment to prevent any anti-Indian activities on its soil.

During a brief stop-over at the Guwahati International Airport on his way to Thimphu, Thinley told reporters that as on date, there was no presence of any militant from the banned United Liberation Front of Assam or National Democratic Front of Bodoland in Bhutan.

He said Bhutan, which looks forward to benefits from the economic upsurge in India, will never allow any anti-India activities on its soil.

The Bhutanese leader said that the government in Himalayan kingdom was keeping a strict vigil along the India-Bhutan border in Assam to check infiltration by any militants from India.

He also clarified that there was no ULFA detainee in Bhutan as all the ultras arrested after the 'Operation all clear' in December, 2003 had been handed over to India. That operation had dealt a massive blow to the ULFA, the NDFB and the Kamatapur Liberation Organisation.

ULFA seeks Chetia's freedom to go ahead with talks 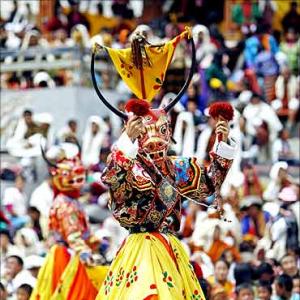