No solution but to repeal agri laws: Cong on farmers' stir

On a day farmers are holding the eighth round of talks with the government, the Congress on Friday said there is no solution except repealing the three farm laws. 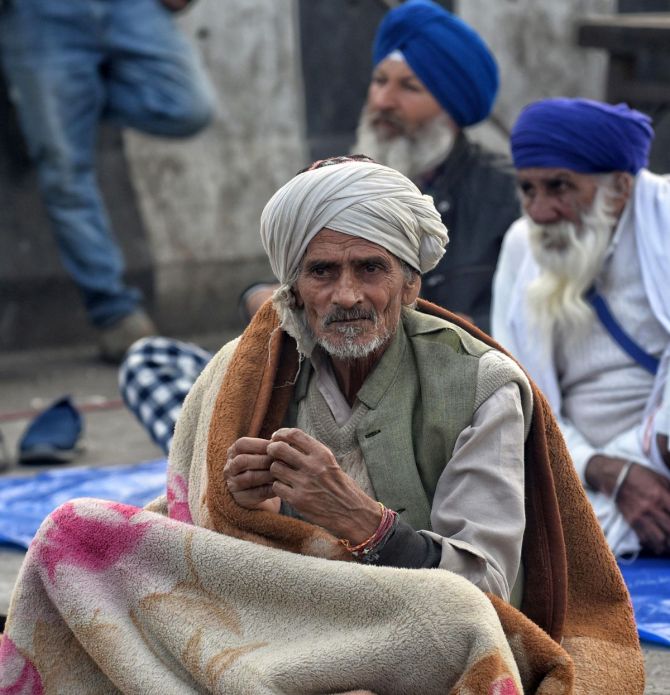 IMAGE: A farmer wraps himself in a blanket on a cold winter day as he along with other farmers sits on a demonstration during their protest against the new farm laws at Delhi-Ghazipur border, in New Delhi. Photograph: ANI Photo

The Congress also stepped up the offensive against the government by launching an online campaign in support of the farmers' agitation, with party leader Rahul Gandhi accusing the government of betraying the farmers for benefitting their 'corporate friends'.

Congress general secretary Priyanka Gandhi Vadra also met the party's MPs and MLAs from Punjab who are sitting in protest at Jantar Mantar demanding repeal of the farm laws.

"The only solution is to repeal the three farm laws. There is no other solution," she told the protesting legislators during her meeting with them.

"We have always stood by the farmers and we will not step back," she also said while reiterating the party's support for farmers.

Punjab MPs Ravneet Singh Bittu, Jasbir Singh Gill and Gurjit Singh Aujla, along with some of the party MLAs including Kulbir Singh Zira have been sitting on a dharna at Jantar Mantar for the last 32 days in support of the farmers and seeking repeal of the farm laws.

Rahul Gandhi took to Twitter to seek the support of party leaders in favour of farmers.

"The Modi government has betrayed the 'Annadata' of the country for the benefit of their capitalist friends. The farmers have spoken through their agitation. It is the duty of all of us to raise the voice of the 'annadata' and support their demands," he said in a tweet in Hindi.

"Peaceful agitation is an integral part of democracy. The farmers' movement is getting the support from all over the country. You too should raise your voice in support of them and strengthen the voice of farmers so that the anti-agricultural laws are repealed," he said in another tweet.

Congress leaders participated in the online campaign in support of the farmers by putting out their videos on Twitter and sought support for the agitating farmers.

Farmers have been protesting at the borders of Delhi for the past over 40 days in support of their demands, which mainly includes the repeal of the three farm laws.

They are also engaged in talks with the government to find a solution to their demands and held the eighth round of talks at Vigyan Bhawan on Friday afternoon. 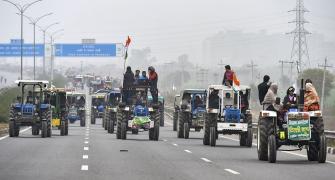