A number of studies and statistics prove that marital rape is a reality in India. But laws that do not acknowledge this are another reality that a large number of married women are forced to live with. Veenu Sandhu reports 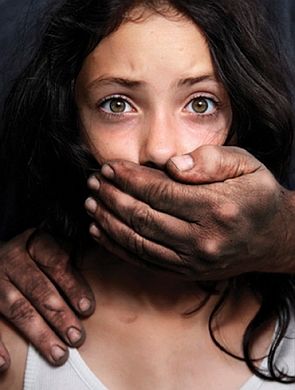 When Sunita and Shailesh Puri (names changed) approached marriage counsellor Nisha Khanna, one of the first things that the counsellor observed was a sense of resignation about Sunita.

She seemed withdrawn and would speak to her husband only when necessary.

The counsellor learnt that this was the way she had been for the past few years.

She would do need-based tasks for him, like cook for him, and talk only about matters concerning their children or the house.

She had also started sleeping in a separate room. It was the husband who decided that if the marriage had to survive, they needed to see a counsellor.

It took some time before the counsellor learnt what had led to the near collapse of the couple's relationship.

"He had raped her a few times in the past," says Khanna.

When she wasn't willing, he would sometimes force himself on her. And afterwards, he would apologise.

The incidents had left Sunita feeling violated and helpless.

"They had left an emotional and psychological impact on her," says Khanna.

She would squirm when her husband reached out to her.

This wasn't the first case of marital rape Khanna had dealt with. There were others, involving couples aged 30-50, "in which the men would try to sexually dominate their wives and expect them to have sex whenever and however they wanted it," says the Delhi-based psychologist.

In each of these cases, the fact that the couple sought out a counsellor meant that they wanted to salvage their marriage -- in spite of the rape.

Any marriage counsellor, family lawyer, women's rights activist or victim will tell you that marital rape is a reality in India. That laws do not acknowledge it is another reality that a large number of married women are forced to live with.

Accounts of domestic violence are often accompanied with accounts of sexual violence against the wife.

That is why statements like the one made by Minister of State for Home Haribhai Parthibhai Chaudhary in Rajya Sabha on April 29 are met with dismay.

Chaudhary had said: "It is considered that the concept of marital rape, as understood internationally, cannot be suitably applied in the Indian context due to various factors, including level of education, illiteracy, poverty, myriad social customs, and values, religious beliefs, mindset of the society, to treat marriage as sacrosanct."

Under the Indian Penal Code, rape is defined as sexual intercourse with a woman against her will or without her consent. By this definition, rape can -- and often is -- committed within a marriage. Besides cases that reach counsellors, family courts, NGOs and activists, there are studies to establish this.

A 2014 research, titled "Masculinity, Intimate Partner Violence and Son Preference in India", by the International Center for Research on Women and United Nations Population Fund conducted on men and women aged 18-49 in seven states across India investigated the prevalence of sexual violence within marriage. It questioned the men and women on the following four points:

Seventeen per cent of the women reported that they had been subjected to such sexual violence by their husbands/partners.

An earlier, nationally-representative survey carried out in the National Family Health Survey (2005-06) had found that 10 per cent of married women experience sexual violence.

Making the wife have sex through threats (like threatening to go to another woman), by manipulation and emotional blackmail (like accusing her of not being a good wife), by not letting her meet her friends and family or through economic starvation -- all these amount to rape, say activists and counsellors.

"It takes a lot of time and effort to pull a woman out of the abyss she sinks into on being raped by her husband and to restore her confidence in herself," says Khanna.

Counselling includes trying to encourage the woman to focus on the present and on herself -- on her mental, physical and emotional well being.

"It sometimes calls for a complete reorientation, where she has to be encouraged to sleep better, to start focusing on the larger world -- the world outside her home -- to get her to remember what her dreams once were and to do the things she once enjoyed," says the counsellor.

Recovery is slow and long and also depends on the kind of support system the woman has -- the people she can confide in.

And then again, rape by a husband isn't something a woman would easily discuss.

Often, the situation is desperate.

"Women don't get to hear that the violence they are suffering is not legitimate," says Krishnan.

"Everybody, including people in women's rights organisations, are telling her, 'Husband hai; adjust kar lo (he is your husband; adjust with him)'."

Section 375 of the IPC -- the law governing rape -- makes an exception when forced sex is with a wife of over 15 years of age and says that this does not amount to rape.

"How can a law allow such inequality?" asks human rights lawyer Vrinda Grover.

"What this means is that if I am not married, I will be treated as a free citizen, but the day I get married I sign off control over my body."

If marriages are surviving because we are turning a blind eye to such serious problems, then we need to rethink the institution of marriage, she says.

There is, and always has been, immense emphasis on how marriages are sacrosanct and should be saved at all cost, adds Krishnan.

"But what about saving the woman?"

* The Justice JS Verma committee that recommended amendments to the criminal law to provide for faster trial and more stringent punishment in cases of sexual crimes against women, had advocated that marital rape should also be made a criminal offence. This suggestion was rejected. So, the Criminal Law (Amendment) Act, 2013 that came into force based on these recommendations did not include marital rape.

* The Indian Penal Code, while excluding forced sex within marriage in its definition of rape, explicitly states that sexual intercourse or sexual acts by a man with his own wife, if the wife is not under 15 years of age, is not rape.

* There is, however, some protection for a woman living separately from her husband after obtaining a legal decree. This comes in the form of Section 376B of the IPC, which states that "if a man has sexual intercourse with a wife living separately after a legal decree, but without her consent, he shall be punishable with imprisonment ranging from two to seven years in addition to a fine".

* The only recourse for women subjected to marital rape lies in the Protection of Women from Domestic Violence Act, 2005. This law recognises that abuse can be physical, verbal, emotional, economic as well as sexual. But this law too is far from ideal. "That is because it only offers protection to the women but does not treat marital rape as a criminal offence," says human rights lawyer Vrinda Grover. "The magistrate can only issue an injunction against the husband but cannot sentence him." So the woman can get protection from the sexual advances of her husband while living in the same house. Violation of this legally-binding protection order can call for short imprisonment. Despite that, if the man later continues to abuse his wife, the only option for her is to seek a divorce.