News
Business
Movies
Sports
Cricket
Get Ahead
Money Tips
Shopping
Sign in  |  Create a Rediffmail account
Rediff.com  » News » No question of teaming up with BJP: Yeddyurappa

No question of teaming up with BJP: Yeddyurappa

Former chief minister and Karnakata Janata Party leader B S Yeddyurappa on Friday ruled out the possibility of his party forming a government with the Bharatiya Janata Party after the assembly polls.

"There is no question of the KJP joining hands with the BJP to form the government. Some of them are trying to create confusion in the minds of the people. Our aim is to form the KJP government on our own," he said.

Yeddyurappa also said there is no question of his party tying up with other parties to form the government.

Yeddyurappa said he did not expect any political change after January 23, nor was he "trying anything of that sort (destabilising the present government)."

Yeddyurappa said the Janata Dal  Secular and the Congress were ready to destabilise the government.

On his supporter Nehru Olekar's remarks that nearly 20 Members of Legislative Assembly and four ministers would join the KJP on January 23, Yeddyurappa said he was not aware of it.

Yeddyurappa said he has not given any deadline to BJP MLAs and ministers to join the KJP.

"If they want to join my party happily, let them do so. If they feel safe in the BJP, let them continue there. I have not set any deadline for them," he said.

Source: PTI© Copyright 2021 PTI. All rights reserved. Republication or redistribution of PTI content, including by framing or similar means, is expressly prohibited without the prior written consent.
Related News: Yeddyurappa, Bharatiya Janata Party, Karnakata Janata Party, Janata Dal Secular, Nehru Olekar
Print this article
Seemandhra leaders dejected over bifurcation of AP
Why are all and sundry given police protection: SC
BJP to court arrest over President rule in J'khand 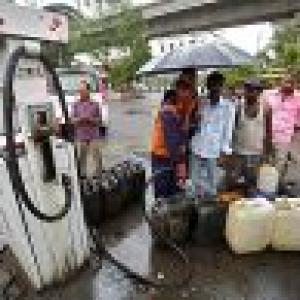