Pakistan Chief Justice Iftikhar Chaudhry on Monday said former military ruler Pervez Musharraf, a "proclaimed offender" in the Benazir Bhutto assassination case, could not be given another opportunity for further hearing as he has failed to appear before the court and surrender.

Chaudhry made the remarks when a three-judge bench led by him resumed hearing a petitioned filed by slain former premier Bhutto's ex-protocol officer Chaudhry Muhammad Aslam, who has sought the registration of a second FIR in connection with her 2007 assassination.

A prosecutor from the Federal Investigation Agency informed the bench that an anti-terrorism court in Rawalpindi had issued a warrant for Musharraf and declared him a proclaimed offender in a case related to the assassination.

The FIA has accused Musharraf, who has been living outside Pakistan in self-exile since early 2009, of failing to cooperate with investigators probing the assassination.

Musharraf has also been accused of failing to provide adequate security to Bhutto, who was killed by a suicide bomber in Rawalpindi in December 2007.

In its order, the apex court said that, under the law, no opportunity for further hearing could be provided to Musharraf as he had opted not to appear in court.

Lawyer Sheheryar Iqbal appeared in response to a notice from the court and informed the bench that he was not representing the former President.

The chief justice told Iqbal that the anti-terrorism court had declared Musharraf a fugitive and so he was not entitled to any hearing. He indicated that the apex court would dispose of the matter as the FIA was pursuing the case.

The chief justice further said Musharraf should have appeared in the apex court and surrendered in accordance with the law.

Raja Aamir Abbas, the counsel for Interior Minister Rehman Malik, appeared before the bench and requested more time to present his arguments on behalf of the government.

The bench subsequently adjourned the case till April 16.

In his petition, Aslam had asked the apex court to direct the authorities to register a second FIR and to name Musharraf and 12 others as the accused.

The police officers were arrested on charges of negligence in providing security to Bhutto. 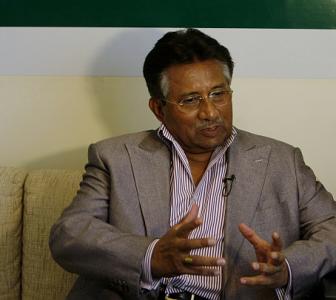 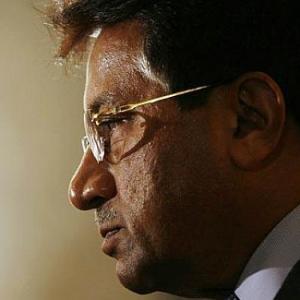