No decision on supporting UPA yet: Mayawati

Bahujan Samaj Party supremo Mayawati on Wednesday kept up the suspense on continuance of outside support to the United Progressive Alliance government at the Centre, saying a decision on the issue will be taken soon.

She also asked party cadres to be ready for snap polls which "can take place any time" in view of the "instability" at the Centre.

Mayawati, who had said that the decision on the issue of continuing support to the UPA will be taken ton Wednesday, said the BSP National Executive and the Parliamentary Board have left it to her to take a final call on it.

"But there will be no delay. The decision will be taken soon and conveyed to you," she told reporters after the meeting.

Mayawati said it was now her "responsibility" to take a decision on the issue, keeping in mind the interests of the people as well as her party's ideology.

She said her party has supported the UPA with a view to weaken fundamentalist forces in the country and work for the welfare of all the sections of the society, including Dalits
and minorities.

"But it is a matter of sorrow that the attitude of the central government has been very disappointing regarding these from the very beginning," she said.

Mayawati said that prices have spiralled due to the "wrong policies" of the government.

Mayawati asked the party cadre to expose the "wrong" policies of the government by holding cadre camps, dharnas and public meetings across the country on a war footing so that the Centre is forced to withdraw its "anti-people" decisions.

"Keeping in mind the state of instability at the Centre, mid-term polls can take place any time. Our party has to prepare on a war-footing. We want to emerge as a balance of power," she said.

She alleged that corruption was rampant in this government and no concrete steps have been taken to check it.

The BSP supremo said the national executive and the parliamentary board also decided to launch a campaign to expose "anti-people" policies of the Centre across the country through demonstrations and public meetings.

"The campaign will be launched across the country very soon so that pressure is created on the government to withdraw anti-people decisions," she said.

"In yesterday's sankalp rally, several lakh people from across the country participated. After witnessing their enthusiasm I can say with complete confidence that my party is ready in case early elections are held," she said.

The BSP leader said that her party was confident that it will perform well in Lok Sabha elections this time. 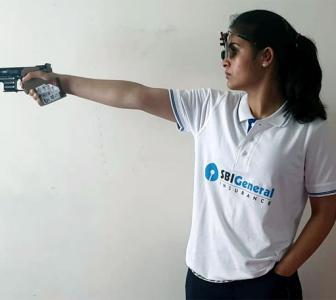