No country says everybody is welcome: Jaishankar on CAA

No country in the world says everybody is welcome, external affairs minister S Jaishankar said on Saturday, hitting out at those criticising India over the Citizenship (Amendment) Act. 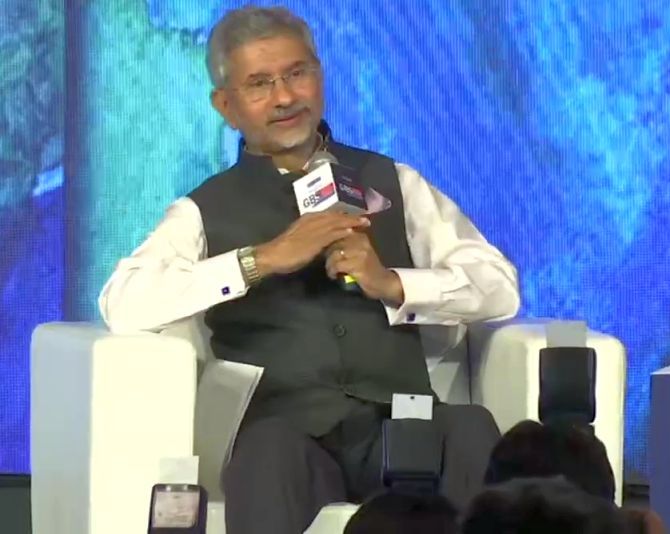 Jaishankar flayed the United Nations Human Rights Council for its criticism on the situation in Jammu and Kashmir, saying its director had been wrong earlier too and one should look at the UN body's past record on handling the Kashmir issue.

"We have tried to reduce the number of stateless people through this legislation. That should be appreciated," he said when asked about the CAA at the ET Global Business Summit. "We have done it in a way that we do not create a bigger problem for ourselves."

"Everybody when they look at citizenship has a context and has a criterion. Show me a country in the world which says everybody in the world is welcome. Nobody does that. Look at America. Look at the Europeans. I can give you example of every European country. There is some social criterion," he noted.

The external affairs minister said moving out of the Regional Comprehensive Economic Partnership was in the interest of India's business.

Asked about the UNHRC director not agreeing with India on the Kashmir issue, Jaishankar said, "UNHRC director has been wrong before. How carefully they (UNHRC) skirt around the cross-border terrorism problem, as if it has nothing to do with country next door. Please understand where they are coming from; look at UNHRC's record how they handled the issue earlier."

Asked if India was losing its friends, Jaishankar said, "Maybe we are getting to know who our friends really are."

He said it is a kind of geo-political assessment as there was a time when India was very defensive, its capabilities were less, threats were more and risks were higher.

"We adopted a policy of managing the world but kind of staying away. We can't do that any more. We are the 5th largest economy of the world and will be the third largest. We have to engage everybody and find solutions," he said.

"In a sense you would have geopolitical constituency out there in the world. There will be people who understand the changes of India, who agree with it, there are people who may not agree with it. I would not mix the two. I would not mix apples and oranges. I think these are two different processes at work. But, I will come out ahead at the end of it," the minister said.

On opposition to the CAA and whether India has not been able to convince the world enough, he said, "There are sections of the world outside of the media."

He noted that he has engaged with governments and cited the example when in Brussels, he had 27 foreign ministers in a room to whom he was talking.

"The point we make on CAA is that it cannot be anybody's case that a Govt or Parliament doesn't have the right to set the terms of naturalisation or citizenship. Every government does that, every parliament does that.

"What we have tried to do is we have a large number of stateless people. We have tried to reduce the large number of stateless people we have in this country through this legislation. That should be appreciated. We have done it in a way that we do not create a bigger problem for ourselves. Everybody when they look at citizenship have a context and has a criterion," he said.

"We can't let governance challengers go unaddressed. It's not the mindset of this government to just let important issues pass without decisively addressing them, which should have been addressed earlier. When you address that you disturb the status quo.

"People have proclaimed themselves of political correctness and arbiters of public policy, obviously be get ruffled. Obviously there will be public debates and those debates are legitimate and are happening in India as well as outside," the minister noted.

The external affairs minister said technology has always been the driver of global politics and never more so than now.

"Its promise, especially for a society for India with a natural interest in leapfrogging, is enormous. We are seeing that unfold most of all in the digital domain.

"As we all know, this has created its own issues of data protection and data security. But from the vantage point of foreign policy, there are some aspects that need greater deliberation as a national approach," he said.

"In a world that is more narrowly economic, trade negotiations have acquired a higher profile in international affairs. Much of that arises from the behaviour of America, the strategy of China, the approach of Japan and the focus of Europe. As a nation that is still to integrate itself into global supply chains, develop its infrastructure and scale up its capabilities, these are not easy times.

Jaishankar said obviously in a globalised world, no economy can be an island unto itself.

"But the exercise of engagement – and its terms – must be very objectively assessed. Trade outcomes must be primarily justified by trade calculations, not by political correctness. Their gains must be visible, probable and practical; not just hypothetical scenarios," he said.

"The rise of India is underway. And it is based, amongst others, on the rise of Indian businesses. Many of them operate abroad and as per global norms, expect the support of their Government. They are entitled to it and our obligation is to provide it. Their quest to expand market share and penetrate new markets is entirely understandable. Here too, they deserve full backing and I can assure you, will get it," he said. 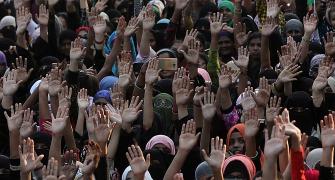