'Whatever the legal position, it is my understanding that in practice, the Indian authorities have always treated Hindu refugees from Pakistan and Bangladesh far more sympathetically than Muslims,' notes Sunanda K Datta-Ray. While deploring the crackdown on Citizenship (Amendment) Act protesters, I cannot for the life of me understand the hysteria over the measure.

Cities erupted in violence, universities were in ferment, chief ministers on the rampage.

Suicides were blamed on the new law.

Yet, it is no more than a gesture of humanity.

It isn't even new.

Whatever the legal position, it is my understanding that in practice, the Indian authorities have always treated Hindu refugees from Pakistan and Bangladesh far more sympathetically than Muslims.

If India doesn't rescue them, who will? India was divided on religious lines.

This is an unfinished legacy of Partition.

Both sides acknowledged this at the very first India-Pakistan conference on stranded minorities held in Calcutta in April 1948.

Sri Prakasa's house was a 'beehive of lots of people', Ghulam Muhammad added.

As for Bangladesh, the Custodian of Enemy Property told me after the 1971 war that it would be monstrous to demand documents for compensating Hindu refugees.

"A man has fled for his life leaving everything behind, in only the clothes he stands up in, and we should ask him for pattas?" he asked in righteous outrage.

It was never British India and the successor State has no obligations there.

In any case, Afghanistan has only about a thousand Hindus.

But even secular India cannot reject responsibility for Pakistan's two million Hindus and the 17 million in Bangladesh.

By 1962, 1.5 million Bangladeshi Hindus had escaped to India.

When the trend was mentioned at the 1948 conference, Subimal Dutt, later foreign secretary and India's first high commissioner to Bangladesh, blamed Pakistan's 'undeclared war against India'.

It's impossible to distinguish between economic refugees and those fleeing communal persecution because a biased regime inevitably creates economic difficulties, forcing waves of men, women and children to seek security abroad.

Assamese neurosis about being overwhelmed by Bengalis, especially East Bengalis, has also provoked riots and expulsions over the years.

Gopinath Bordoloi, Assam's first chief minister, waxed eloquent at the Calcutta conference about the threat, seeking to revive a 1945 agreement between his state and the Muslim League about evicting migrants.

Other suggestions included an exchange of population with East Pakistan and separation of a strip of land, perhaps west of the Padma river, for a new state for homeless Hindus.

The Centre was urged to be as generous to eastern refugees as to those in the west.

Presumably, Narendra Damodardas Modi and Amit Anilchandra Shah hope to put an end to an argument that has dragged on painfully for 72 years by recognising once and for all the subcontinental Hindu's right in Hindu-majority India.

True, any determination based on religion may seem contrary to the Constitution's secular commitment.

But this is a formality.

Indians can be secular in conduct and attitude without the fig-leaf of a label.

It's even more ridiculous to claim that the measure will disenfranchise Indian Muslims.

Even if all 19 million Bangladeshi and Pakistani Hindus are accommodated, they could not possibly displace 200 million Indian Muslims who are entrenched in this country's soil, culture and history.

Perhaps the measure does to an extent demonise the governments of Pakistan and Bangladesh, but it's no more than they deserve for persistent ill-treatment of their minorities.

In any case, I have a lurking suspicion that neither country will be too unhappy to see the backs of their Hindus.

For one technical reason or another, the new law does not apply to the tribal areas of Tripura, Mizoram, Assam and Meghalaya or to much of Arunachal Pradesh, Mizoram and Nagaland.

So there's absolutely no reason for the north east's panic.

Extending the privilege to Sikhs, Buddhists, Jains, Parsis and Christians is only a courtesy, perhaps because the authors needed to demonstrate they weren't legislating only for Hindus.

Since dates are often manipulated in South Asia, the December 31, 2014 cut-off may be a more serious challenge.

The National Register of Citizens even more so for lists can always be tampered with.

But the NRC can't be bracketed with the CAA.

The protests recall an East Bengal Hindu peasant being forced at bayonet point into the lorry to take him 'home' after India's 1971 victory.

Seeing the man's reluctance, I asked if he regarded himself as Indian or Bangladeshi.

He replied without a pause, "Consider me an Indian national resident in Bangladesh!"

It was a succinct summary of an anomaly that the Citizenship (Amendment) Act might remove. 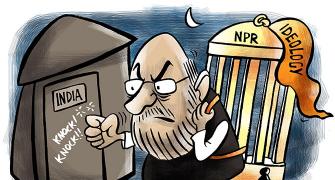 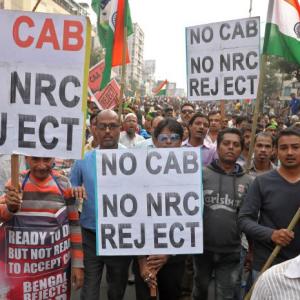