News
Business
Movies
Sports
Cricket
Get Ahead
Money Tips
Shopping
Sign in  |  Create a Rediffmail account
Rediff.com  » News » No change in policy on visa to Narendra Modi: US

The United States on Thursday said that there has been "no change" in its policy with regard to granting a visa to Gujarat Chief Minister Narendra Modi.

Last week, a bipartisan group of 25 US Congressmen in a letter, had urged Secretary of State Hillary Clinton to continue denying visas to Modi as his government has not adequately pursued justice of the victims of 2002 violence.

"I can confirm that we've received this letter, and I can also confirm there's no change in US policy," State Department spokesman Mark Toner told reporters at his daily news conference when asked about the letter written by Congressmen to Clinton.

"I'm not going to get into specific questions regarding visas. I'm just going to say there's no change in our position," Toner said when asked to elaborate.

"We obviously continue to engage with Gujarat across a broad range of issues, as well -- trade, investment, energy, university linkages and people-to-people exchanges. But as to the question of whether justice has been served, you'll have to ask the Indian government," Toner said in response to a question.

Dated November 29, the letter, which came ahead of the Gujarat polls on December 13 and 17, was released to the press by Republican Congressman Joe Pitts and Frank Wolf at the Capitol Hill with family members of the victims of the 2002 Gujarat riots.

As the Gujarat chief minister "continues to pursue a potential run for higher office, we believe a change in policy to his request for a visa will only embolden Modi and his government's efforts to obstruct further investigations ... to bring the perpetrators to justice," the congressmen had said in the letter.

Source: PTI© Copyright 2021 PTI. All rights reserved. Republication or redistribution of PTI content, including by framing or similar means, is expressly prohibited without the prior written consent.
Related News: Narendra Modi, Mark Toner, Hillary Clinton, United States, Joe Pitts
SHARE THIS STORY
Print this article
Hafiz Saeed: So near, yet so far for Indian agencies 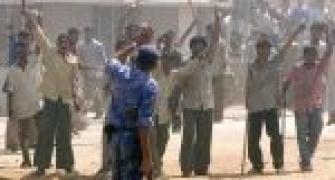 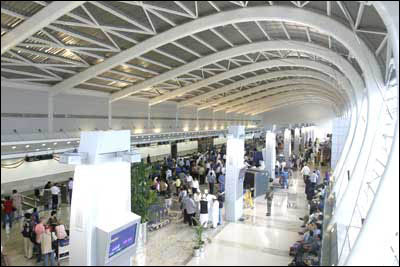