Cyclone Nivar is expected to intensify into a 'very severe cyclonic storm' and cross Tamil Nadu and Puducherry coasts between Karaikal and Mamallapuram on the late evening of November 25, India Meteorological Department (IMD) Director General Mrutunjay Mohapatra said on Tuesday. 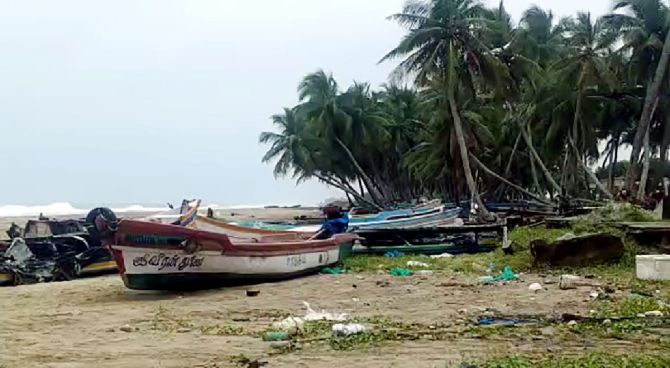 IMAGE: People take out their boats from the sea ahead of Cyclone Nivar landfall in Puducherry on Tuesday. Photograph: ANI Photo

The IMD had initially predicted that Cyclone Nivar was likely to intensify into a 'severe cyclonic storm' but has now estimated that it will intensify further.

Nivar is the second cyclone in the Bay of Bengal this year.

In May, Cyclone Amphan had developed into a 'super cyclonic storm'.

"Our forecast is it will intensify into a very severe cyclonic storm by (Tuesday) tonight.

"It is very likely to cross Tamil Nadu and Puducherry coasts between Karaikal and Mamallapuram around Puducherry during 25th November late evening as a very severe cyclonic storm with a wind speed of 120-130 kilometres per hour gusting to 145 kmph," Mohapatra said.

Besides strong winds, the cyclone is also expected to bring heavy rains.

The IMD has issued red alert for coastal and north interior Tamilnadu, Puducherry and Karaikal, for November 25, the top meteorologist said.

He added that cyclone leads to multi-hazard scenario.

In event of the cyclone, there could be serious damage to thatched huts, disruption of power and communication lines, damage to roads, uprooting of trees.

There could be damage to horticulture crops like banana and papaya.

The IMD has also suggested total suspension of fishing operations and motorboats and small boats, shifting of people residing in coastal areas to safer places, judicious regulation of road, air and rail traffic.

He said the IMD will issue hourly updates from November 25 when the cyclone crosses the coast. 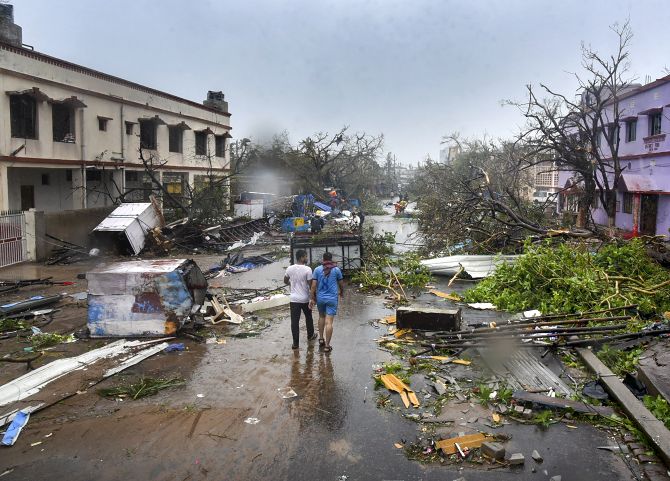 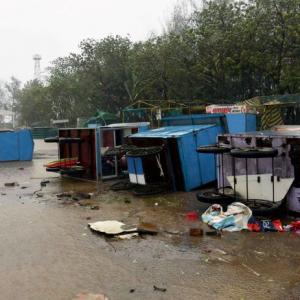