Nitish once again rules himself out of PM race, slams Modi's graft jibe

Bihar Chief Minister Nitish Kumar on Friday berated the "polarisation to save the corrupt" jibe of Prime Minister Narendra Modi whom he also sought to tick off referring to his own stint at the Centre under Atal Bihari Vajpayee. 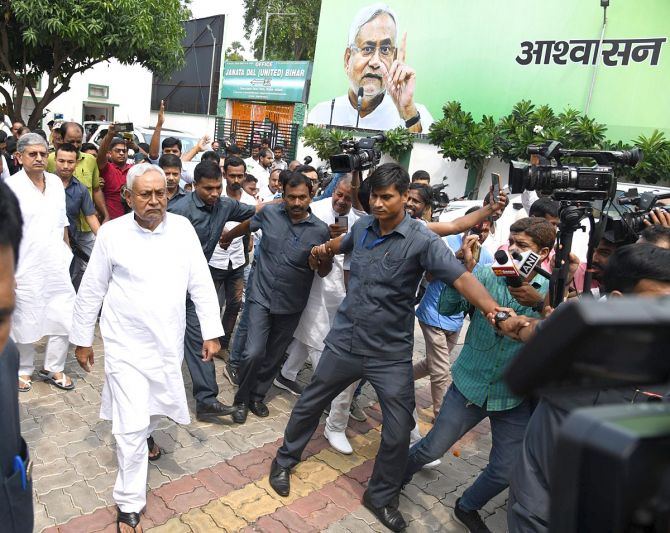 Kumar, whose "national role" has become a matter of much speculation since his break-up with the Bharatiya Janata Party last month, however also sought to rule himself out, for the umpteenth time, of the Prime Ministerial race.

"Please leave aside such questions (chhodiye ye sab baat)," was the reply of Kumar when journalists approached him with queries at state headquarters of his Janata Dal-United, where gigantic posters have been put up to assert that the party's de facto leader was out to replicate across the nation what he has achieved in Bihar.

"Pradesh mein dikha, desh mein dikhega" (it has been seen in the state, now it will be seen across the country) was one of the many open-ended slogans that these posters have been inscribed with.
Kumar, who arrived barely a few hours ahead of a meeting of state executive office-bearers, said he had come to see preparations for the national executive meeting scheduled on Saturday and the national council a day later.

"Delegates will be coming from across the country. Today I came just to have a look at things. For the next two days I will be here full time," declared the septuagenarian, who has of late been demonstrating that he still has a lot of fire in his belly.

Earlier, he was asked elsewhere as to whether he thought Modi's acerbic remark at a function in Kerala was tantamount to sounding the bugle for the 2024 Lok Sabha polls wherein the BJP is expected to be pitted against various regional parties with hardly any allies by its side.

"When he is the Prime Minister, he can go anywhere. But don't you know the political situation in Kerala," remarked Kumar with a chuckle, referring to the BJP's repeated failures to make a mark in the Left-ruled state where it has not even been able to snatch the number two slot from the Congress.

Incidentally, both the Left and the Congress are part of the ruling 'Mahagathbandhan' (Grand Alliance) government in Bihar.

About Modi's pungent remark that came a day after Kumar's much publicised meeting with his Telangana counterpart K Chandrasekhara Rao, the Bihar CM said, "I have had an opportunity to work under respected Atal Bihari Vajpayee. I do not care much for what those ruling the Centre now have to say."

The statement is being construed as an assertion on part of Kumar that he had been in national politics since the late 1990s, predating Modi's rise to prominence a couple of years later when the latter was sent from Delhi to head the government in faction-ridden Gujarat.

Rubbishing Modi's claim that opposition parties were going into a huddle rattled at the Centre's crackdown on corruption, Kumar also sought to remind the former that in many states the BJP has ended up aligning with those whom it had previously accused of wrongdoings.

"Who is shielding the corrupt? Would anybody ever think of doing so? There are, however, many developments in various states, of people going from here to there, which all know but about which I do not wish to say much," said the wily politician who is considered a master at the art of insinuation.

Kumar spoke on corruption on the sidelines of a function where his deputy Tejashwi Yadav was also present and the RJD leader, who finds himself and family members in many legal wrangles, chose to be more upfront.

"The BJP has about 1,000 MLAs across the country and more than 300 Members of Parliament. None has faced a raid by a central investigating agency. Have they been consecrated with milk? (kya ye doodh ke dhule hue hain)," asked the young leader.

When he was queried as to what, according to him, was the reason behind such a scenario, Yadav said, "Obviously, leaders of the party are being protected by someone. We have seen so many people against whom accusations of corruption seem to vanish the moment they join, or align with, the BJP." 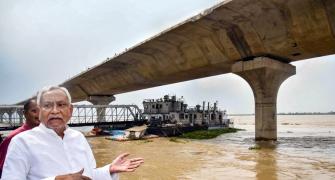 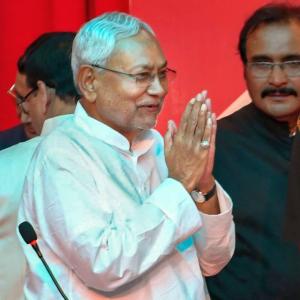 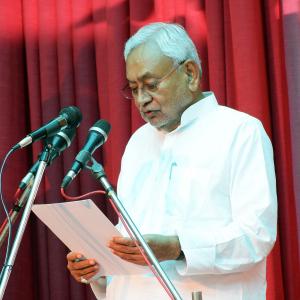