Nitish likely to retain home, RJD to get BJP's ministries

Janata Dal-United leader Nitish Kumar, who returns as Bihar chief minister for a record eighth time on Wednesday, is likely to retain the all-important home department, while the Rashtriya Janata Dal may get most of the departments that were previously with the Bharatiya Janata Party, a highly-placed source said. He said an in-principle agreement has been reached about the composition of the new cabinet, which is likely to have “35 members or more”, drawn from Kumar's JD-U, the RJD and the Congress.

Kumar, who is being commended by opposition parties for joining the ”anti-BJP camp”, also had a telephonic talk with Congress president Sonia Gandhi over the political situation.

According to broader contours of the power sharing formula, the RJD will have the largest number of ministers, in recognition of the fact that it has a higher number of MLAs.

There is a likelihood of only Kumar and Tejashwi Yadav taking oath in the afternoon, since Governor Phagu Chauhan has pressing engagements and needs to travel, while remaining members will sworn in a cabinet expansion exercise later.

”The JD-U is likely to have 13 ministers, the RJD has settled for 16. The Congress will be given four berths, while former chief minister Jitan Ram Manjhi's HAM will have one member in the cabinet,” the source said.

A broad understanding is said to have been reached among the alliance partners on the names, barring the Congress, which needs the same to be approved by the party high command in Delhi.

The JD-U is likely to reinstate as many of its ministers as possible from the previous cabinet, which was disbanded on Tuesday night vide a notification issued by the chief secretary.

Kumar himself will be keeping home, which helps him have a control over the police. He is likely to also keep the departments related to welfare of extremely backward castes and minorities, which form his core constituency.

The RJD has prepared a list of names and shared it with party supremo Lalu Prasad for approval. While Tejashwi Yadav is certain to become the deputy CM, it is not yet decided which portfolios he will keep.

The in-principle decision to hand over the BJP's portfolios to RJD implies that it will get some key ones like health and road construction department, the source added. 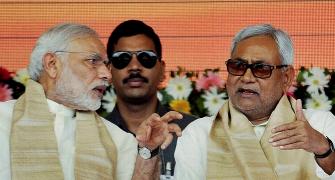 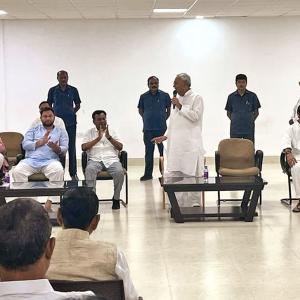 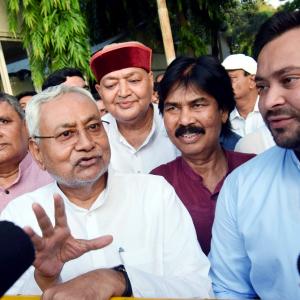