Source: PTI
November 29, 2010 16:45 IST
Controversial self-styled godman Nithyananda and four of his associates have been accused of rape and unnatural sex in a charge sheet filed by the Crime Investigation Department in a court near Bengaluru.

While charges under IPC Sections 376 (rape), 377 (unnatural sex), 417 (cheating) 506 (criminal intimidation) and 120 B (criminal conspiracy) have been made out against Nithyananda, Nithya Bhaktananda has been booked under IPC Section 212 (harbouring an offender) and 120 (B).

Nithyananda, who ran an ashram at Bidadi in the city outskirts, was mired in a controversy and had absconded after a purported video footage of him in a compromising position with an actress was aired on local Tamil channels. He was arrested in Himachal Pradesh on April 21.

The chargesheet was filed by CID officer K N Yogappa, who investigated the complaint by two former disciples K Lenin of Chennai and T N Vishwanath after examining 101 witnesses in India and abroad and collecting more than 60 documents, it said.

Nithya Sachidananda, Nithya Sadananda and Maa Sachidananda have also been accused of assisting Nithyananda in committing rape and unnatural sex.

Nithyananda and Nithya Bhaktananda, who were arrested from Himachal Pradesh have been enlarged on bail, while Nithya Sachidananda arrested recently is now in judicial custody. Maa Sachidanand and Nithya Sadananda have not been arrested.

During investigation, a woman witness, whose identity was kept confidential, appeared before the investigating officer and deposed that she was repeatedly raped by Nithyananda, not only at his Bidadi ashram but in other parts of the country as well, the CID said.

Nithyananda allegedly deceived the victim by stating she would achieve enlightenment if she subjected herself to his sexual demands and it would lead to the path of 'moksha' (salvation).

During investigation, a number of agreements signed between devotees and ashram authorities taking consent of devotees for taking part in tantrik sex were also seized.

Many more such agreements were destroyed a few days before the case came to light, the CID said.

The video CD produced by the complainant while lodging the FIR was sent for forensic analysis, which confirmed the recording was genuine and the image was that of Nithyananda.

Meanwhile, hearing on the criminal petition filed by Nithyananda seeking quashing of two FIRs was today adjourned by the high court to December 1. 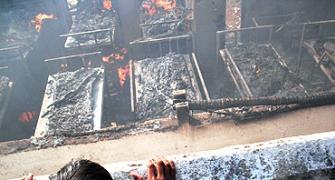 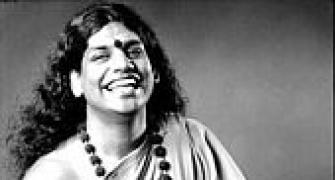 Another case filed against Nityananda