The National Investigation Agency on Monday detained gangster Chhota Shakeel's aide Salim Qureshi aka Salim Fruit and a trustee of the Haji Ali Dargah in Mumbai after conducting raids at over 20 places in the city and in adjoining Thane district against associates of fugitive underworld don Dawood Ibrahim, an official said. IMAGE: The NIA took into custody Salim Qureshi aka Salim Fruit, husband of Chhota Shakeel's sister-in-law, in Mumbai, May 9, 2022. Photograph: ANI on Twitter

The agency also conducted a search at the residence of bookie-turned-builder Ajay Gosalia in Borivali area in the northern suburbs of Mumbai, he said.

The NIA picked up Salim Qureshi, husband of Chhota Shakeel's sister-in-law, from his residence in Bhendi Bazar area of south Mumbai, he said.

It also detained Sohail Khandwani, the trustee of the Haji Ali Dargah and Mahim Dargah, from his residence in Mahim area, the official said.

Some other people residing in Bandra and Mahim areas were also questioned, the official added.

Since morning, the central agency conducted raids at a housing society in Mumbai's Nagpada area, Bhendi Bazar, Santacruz, Mahim and Goregaon areas of the city, Mumbra in Thane and other places against associates of 1993 Mumbai blasts' mastermind Dawood Ibrahim.

In February this year, the Enforcement Directorate had questioned Salim Qureshi as part of its probe in a money laundering case linked to Dawood Ibrahim.

The ED had then conducted multiple searches in Mumbai as part of a money laundering probe into the operations of the underworld and linked illegal property deals and hawala transactions. 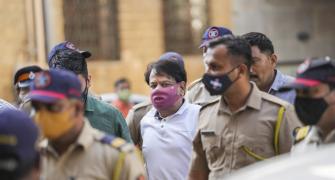 ED gets custody of Dawood's brother Iqbal till Feb 24 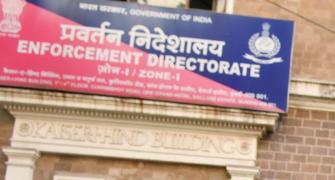