The National Investigation Agency on Friday filed a charge sheet against 25 accused before a special court in New Delhi for a conspiracy to recruit "hybrid terrorists" for Pakistan-based terror groups to carry out attacks in Jammu and Kashmir. 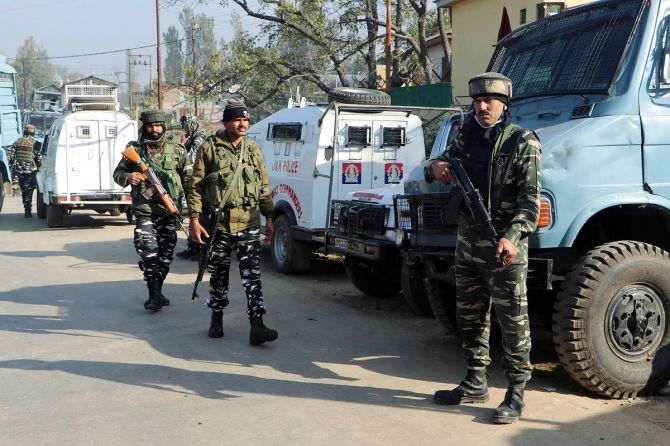 The case pertains to hatching a conspiracy, both on physical as well as cyberspace, for undertaking violent terrorist acts in Jammu and Kashmir and other parts of the country, by cadres of Pakistan-based proscribed terrorist organisations like Laskhar-e-Tayiba, Jaish-e-Mohammed, Hizb-ul-Mujahideen, Al-Badr and their affiliates such as The Resistance Front, People Anti-Fascist Forces among others, a spokesperson of the NIA said.

The accused, all residents of Jammu and Kashmir, have been charged with sections of the Indian Penal Code and the Unlawful Activities (Prevention) Act, the NIA official said.

Investigation has unearthed a deep-rooted conspiracy of Pakistan-based proscribed terrorist organisations joining hands in form of a united group and shifting of their modus operandi by floating pseudo-offshoot outfits portrayed as indigenous resistance groups, in whose name terrorist acts are being committed with an intention to claim deniability at the international level, the spokesperson said.

After the abrogation of Article 370, this shift was discernible in claims of terrorist acts done in Jammu and Kashmir, the NIA official said.

All these pseudo-outfits are in fact offshoots/rechristened versions of proscribed terrorist organisations based in Pakistan and have been floated under a deep-rooted conspiracy to portray terrorism in Jammu and Kashmir as home-grown insurgency, the NIA official said.

All this media propaganda of different terrorist outfits was epicentred around common nodes operating from Pakistan, the NIA official said.

A key element of aforementioned conspiracy was inducting new cadres in form of "hybrid terrorists" belonging to various walks of life, who could use their cover to remain rooted in the society and simultaneously carry out instructions of their terrorist handlers, the spokesperson said.

While acting as an overground worker, they were also found indulging in terrorist actions such as grenade lobbing, undertaking lone attacks on vulnerable targets, arson among others, the NIA official said.

The investigation has also revealed a clear shift in the strategy of terrorist organisation towards targeted killings of minorities, civilians, migrants, government officials and unguarded security personnel, the official said, adding that further investigation into the case continues. 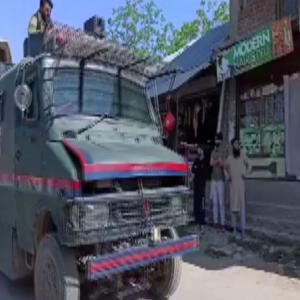 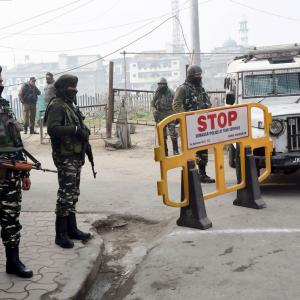