Rahul was asked to request me to withdraw from Cong prez poll: Tharoor

Senior Congress leader Rahul Gandhi was asked by some party leaders to seek withdrawal of Shashi Tharoor's candidature, the Thiruvananthapuram MP, who has made an aggressive bid to its top post, claimed on Tuesday. 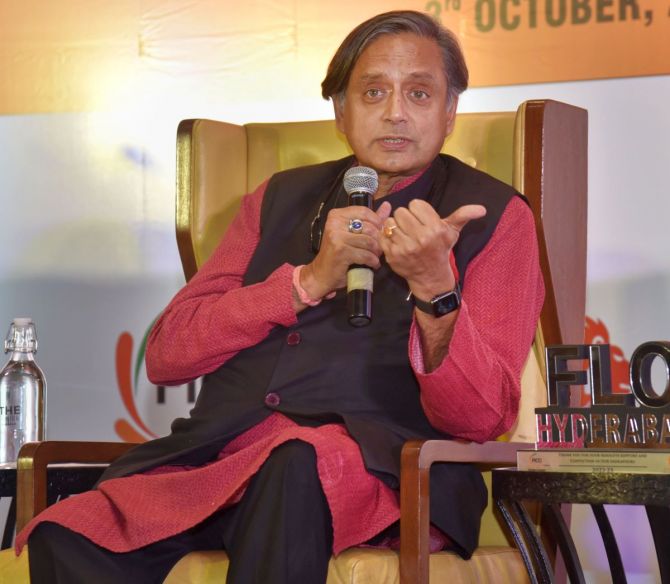 Tharoor, who is in Kerala as part of the poll campaign, told reporters in Thiruvananthapuram that Gandhi said he will not ask the former to withdraw as a contest would benefit the grand old party.

"He reminded me that he has been saying so for the past 10 years that there should be a contest for the party chief's post.

"He also told me that some persons have asked him to request me to withdraw my candidature. He told me he will not do so. He said I should not withdraw and that I should contest in the election," the Thiruvananthapuram MP said.

Earlier in the day, he said that he never expected big leaders to support him and does not expect it even now, but at the same time he needs everyone's backing.

Tharoor also said he was not going to betray those who supported him till now in this endeavour of his by backing off from the election.

"I was not expecting any support from the big leaders of the party and I am not expecting that now either. In fact, I met party workers at Nagpur, Wardha and then Hyderabad. They are the ones asking me to contest and not back away from it.

"I assured them I will not back away. I will not betray those who have supported me till now. Their confidence in me is what gives me the strength to move forward," he said.

He also said that while the "majority of his supporters are young party leaders and party workers", he needs support from everyone and was not going to discount anyone.

On being asked whether Sudhakaran's public support for Kharge was meant to discourage others from supporting him, Tharoor said, "Maybe. But I am not saying that. I do not need to decipher what is going on in people's minds. I will say one thing, whatever one says secretly or publicly, the ballot is secret.

"No one is going to know who voted for whom. People can vote according to their wishes and beliefs. They can decide whom they want to strengthen the party and prepare it to counter the challenges it would face in the future."

Regarding Sudhakaran's statement, the Thiruvananthapuram MP said the KPCC chief probably expressed his personal decision and preference and "there is nothing wrong with that."

"He cannot give a direction which is clear from the circular issued by the party debarring party office-bearers from campaigning for candidates. But please don't ask me about it. If the election authority wants to do something about it, it is up to them," he said. 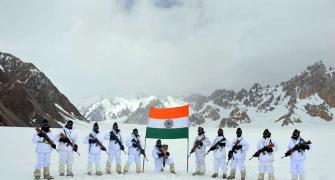 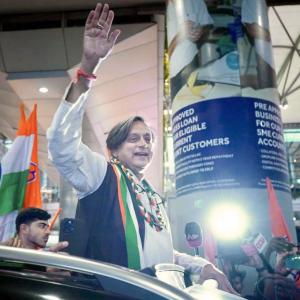