After nearly a month-long tussle with Rajasthan Chief Minister Ashok Gehlot, Congress leader Sachin Pilot on Tuesday said he has been assured that the All India Congress Committee committee announced by the party to address his concerns, and that of the other aggrieved MLAs, will look into leadership issue in the state among other pending grievances. 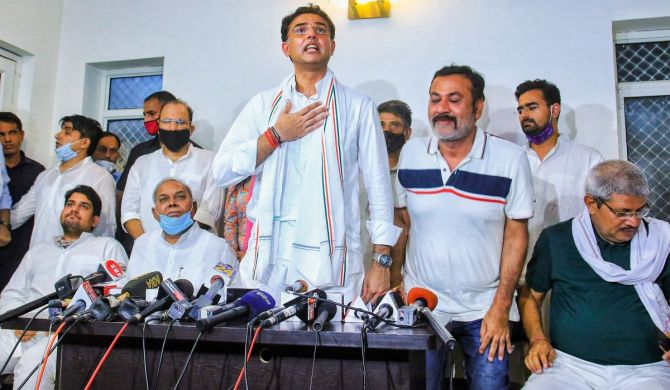 He also said that during his meeting with former Congress chief Rahul Gandhi and Priyanka Gandhi Vadra on Monday, he had made no personal demands for any post and asserted that he has left it to the party to decide on his "future role".

After his meeting with Rahul and Priyanka, the Congress issued a statement, saying Pilot will work in the "interest of the Congress", and a three-member committee will be set up to address his grievancesand that of other aggrieved MLAs, signalling an "amicable resolution" of nearly a month-long Rajasthan crisis ahead of the crucial assembly session from August 14.

In an interview, Pilot said the issues raised by him and the MLAs supporting him were not personal in nature.

SEE: Ashok Gehlot ji is elder to me & I respect him personally but... Sachin Pilot

"It was about governance structures, delivery of promises, it was about collective and participative leadership in the state which we thought was not in line with what was expected of the Congress government," the former Rajasthan deputy chief minister said.

"Those issues we wanted to raise with the party leadership which we have, and I am happy and thankful to the Congress president (Sonia Gandhi) who has taken cognisance of these issues and will address all our grievances in a time bound manner through the committee which the AICC has announced," he said.

Asked what assurance was given to him by the party on key demands raised by the MLAs supporting him like problems in working under Gehlot's leadership, Pilot said, "All pending issues, including leadership issue in Rajasthan, will be looked into by the committee." 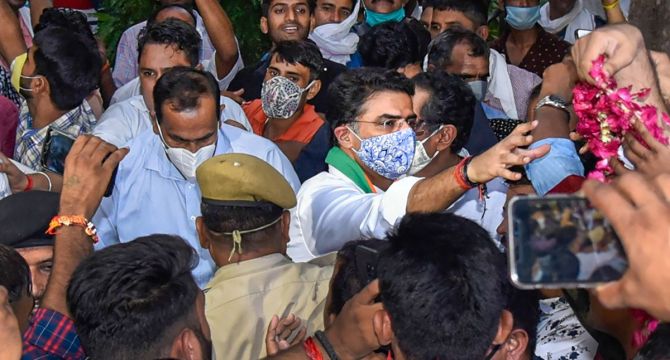 IMAGE: Congress leader Sachin Pilot being welcomed by his supporters on his arrival at his residence in Jaipur. Photograph: PTI Photo

"I have raised those issues individually and collectively and the committee will take a call after reviewing all aspects. The roadmap for redressal is already in place. I just hope it is achieved as soon as possible," Pilot said.

Asked if he would be given a role in AICC by the party, the 42-year-old leader said he would be happy to do what is asked of him by the party, but asserted that he has worked hard in Rajasthan, and it was his "karmabhoomi".

"I leave it to the party to decide what is it that I need to do. I am committed to the people of Rajasthan, my constituents and the promises that I made to them," he added.

On the harsh words used by Chief Minister Ashok Gehlot against him like "nikamma", Pilot said, "I am also a human being, so I felt deeply sad and hurt when I heard the choice of words, but I chose not to respond in the same fashion because two wrongs don't make a right."

"I think in public life and in politics we have to maintain the dignity of discourse. One may oppose, one may not agree, one may have a difference of opinion but I think one should refrain from using unparliamentary, derogatory and personal attacks sort of a language," he said. 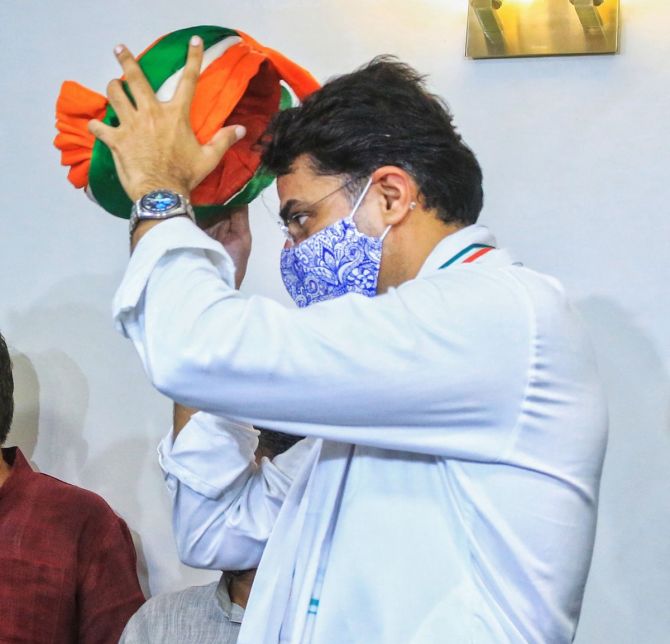 For five long years he toiled in Rajasthan to form the government but all these negative qualities about him "were not seen, but now they are being talked about", he added.

However, he said Gehlot is a very senior person and despite all that is being talked about, "I have nothing but regard and warmth to offer him".

Asked about allegations that he and MLAs supporting him enjoyed BJP's "hospitality", Pilot said that during the last few weeks a lot of "kite flying" was done, a lot of stories were planted and a lot of rumour mongering was done to give a "different colour" to our concerns.

"From day one, I had said we are all Congress MLAs, we are firmly in the Congress party and I stand vindicated today," he said. 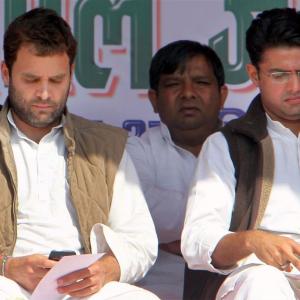 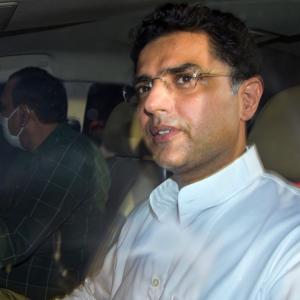