Rajasthan chief minister Ashok Gehlot on Monday called Sachin Pilot “useless”, using the Hindi word “nikamma” in a no-holds-barred attack on his former deputy with whom he is locked in a power tussle. 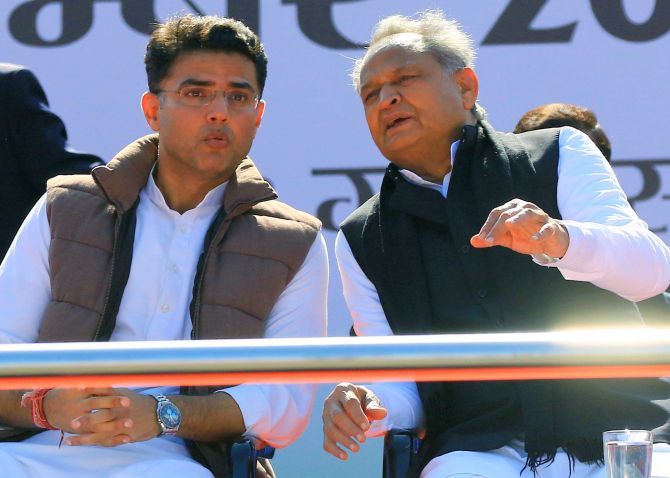 Referring to the dissident leader's tenure as the Pradesh Congress Committee president, Gehlot claimed that nobody raised questions for the sake of the party even when they knew that he didn't work.

“We knew he is 'nikamma' (useless), he is 'nakara' (idle) and not doing any work,” the chief minister told reporters, his choice of blunt words indicating that there is no chance now of a reconciliation between the two.

Gehlot did not mention Pilot by name, referring once to him as his “young colleague” and recalling that the he had been given important posts by the party at an early age.

He said Rajasthan was the only state where there had been no demand to change the PCC president over the last seven years, suggesting that this was to prevent trouble within the party.

Gehlot said he had talked about a conspiracy to topple his government, but nobody believed that somebody with an “innocent face” could be involved.

He repeated his remarks about Pilot having a good command over Hindi and English and an influence over the media across the country.

Gehlot accused Pilot of "backstabbing" the Congress, saying it was unfortunate that a PCC president had been trying to make his own party sink by colluding with the BJP.

He said that the BJP move to topple his government would prove self-destructive for that party in the next elections.

WATCH: Gehlot said Pilot used to talk about conspiracy to topple his government

Pilot has been upset after the Congress picked Gehlot over him for the chief minister's post, following the December 2018 elections. His supporters insisted that it was Pilot's leadership as the state Congress head which led to the victory.

Last week, Pilot and 18 other MLAs rebelled openly, defying a party whip to attend two Congress Legislature Party meetings. He was then sacked as deputy chief minister and PCC chief.

Gehlot said it was unfortunate that Pilot was playing this “game” even after getting important assignments within 10 or 12 years.

He reminded that senior advocates Harish Salve and Mukul Rohatgi have appeared in court in the past for the BJP and the BJP-led government at the Centre, and claimed that they charged crores for each appearance.

He asked if Pilot would pay their fees.

Gehlot said the Congress party will pay for the hotel stay of the MLAs who are holed up in a resort near the state capital.

BJP leaders had earlier denied the suggestion, which implied that they met the dissidents who are said to be camping in hotels in Gurgaon near Delhi.

“They are lying because they are learning from Pilot. He also used to go to Delhi driving himself, leaving security behind,” the chief minister said.

He claimed that the dissident MLAs are not allowed to use their mobile phones.

On the petition filed by the 19 dissident MLAs in the high court, the chief minister said he hoped that justice will be done. The dissidents have challenged the disqualification notice they received from the assembly Speaker.

Asked about the possibility of a floor test in the assembly, Gehlot said, “You know what is to happen. The high court's decision will also come, the assembly will also function. All decisions will also be taken.” 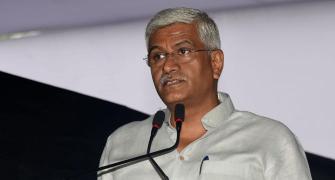 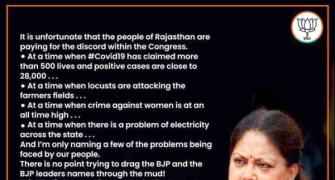 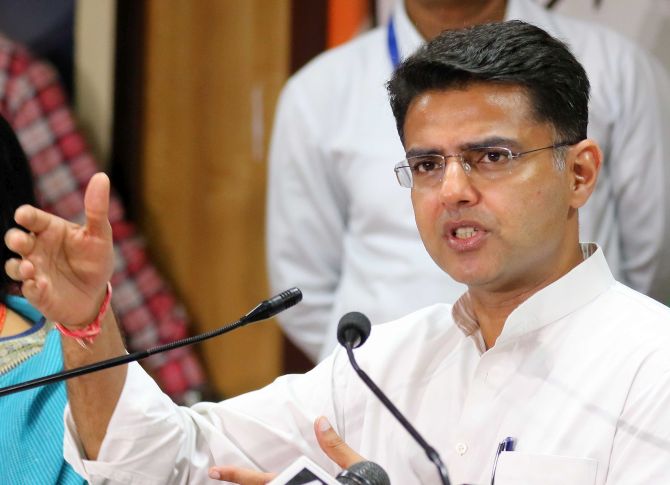