Need to rewrite history from India's point of view: Shah 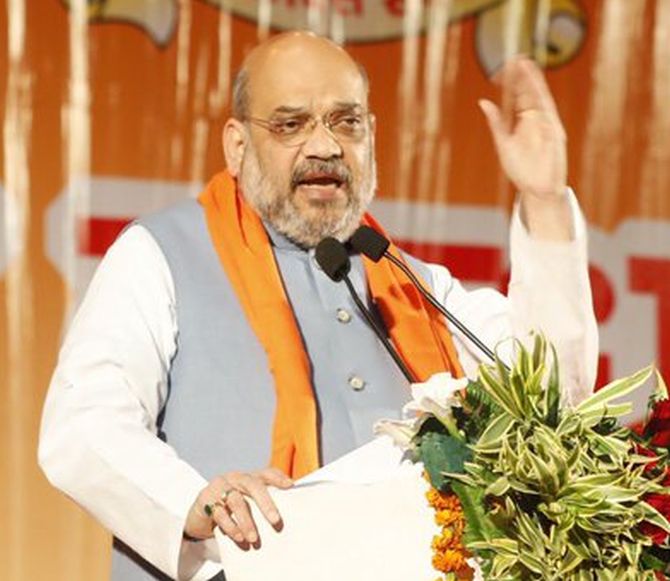 Amid a row over the Bharatiya Janata Party suggesting Vinayak Damodar Savarkar's name for the Bharat Ratna, Union Home Minister Amit Shah on Thursday said had it not been for him, the First War of Independence in 1857 would have been regarded as a revolt.

Stressing the need to rewrite history from India's point of view, Shah credited Savarkar for calling the 1857 rebellion as India's first independence struggle.

Shah said had it not been for him, the rebellion of 1857 would have become history and India would have seen it from the British point of view.

His remarks came two days after the Maharashtra BJP unit said in its election manifesto that the party would ask the Centre to confer the Bharat Ratna, India's highest civilian award, on Vinayak Damodar Savarkar, popularly known as Veer Savarkar.

"Had it not been Veer Savarkar, the 1857 'kranti' (revolt) would not have become history and we would have been seeing it from the British point of view," the home minister said.

"It was Savarkar who gave the name First War of Independence to the 1857 'kranti', otherwise, our children would have known it as a revolt," he said, inaugurating a two-day international seminar in Varanasi on 'Guptvanshak-Veer: Skandgupta Vikramaditya' at Banaras Hindu University (BHU).

A large number of historians, scholars and political thinkers from India and abroad attended the seminar.

Referring to eminent historians in the audience and on the dais, he said, "It is my request to all that there is a need to rewrite the Indian history from India's point of view but without blaming anyone."

"It is our responsibility to write our history. How long are we going to blame the British? We don't have to dispute anyone, only write what is truth and it will stand the test of time," the Union home minister said.

The Gupta period is called the golden period of Indian history and Skandagupta is known for fighting against Hunas.

Shah also praised Madan Mohan Malaviya for founding a university where 'Hindu dharma and sanskriti' were propagated even after so many years.

He said Skandagupta Vikramaditya needed to be brought on top of our history as he fought and won the war which even Rome lost against the alien enemy.

He re-formulated the revenue collection method, administration and municipality, Shah said, adding that it was believed that the Gupta ruler stayed at Ghazipur in this Poorvanchal region and worked from here, he said.

He urged the historians to write more about great rulers like Skandagupta and Chandragupta, who had been not been given 'enough due in the existing documented history'.

Shah, who released a book based on the life of Skandagupta, regretted that the today's generation was 'not aware' of the contribution and valour of Skandagupta because of lack of documentation.

He said the Indian boundary extended up to Afghanistan during the reign of Skandagupta and this was the golden era in terms of art.

"Literature, military, culture and art were world-class and we should acknowledge it. The country got best astrologers during this period and India was freed of invaders from Kashmir to Kandahar. We need to establish the contribution of Skandagupta to our history," he said.

While dwelling at length on the role and relevance of the Gupta ruler, he spoke on the political future of the nation and praised Prime Minister Narendra Modi for making India 'regain' its respect in the world.

"Respect for the country has increased under him. The world pays attention to our point of view. The world listens when our PM speaks on international developments," Shah said.

He remembered Madan Mohan Malviya and thanked him for setting up the BHU.

Whatever might have been on the mind of Madan Mohan Malviyaji at the time of the establishment of the BHU, this university had played a key role in propagating the Hindu culture and has stood tall to protect it, Shah said.

After hundreds of years of slavery, it was very difficult for any person to reinstate the pride, only a university could do this, he said.

These universities were the reason why we were happy with the present day image of the country and were assured of its future too, Shah said.

In his address, the chief minister referred to the revocation of provisions of Article 370 and termed it a historical and brave step.

"It was invoked following the stubborness of Nehru while Sardar Patel was unhappy with it," he said, adding that Patel had then stated that only the one who had a firm resolve would be able to scrap it.

Pandey said it was the vision of Madan Mohan Malaviya that a university like the BHU was established.

He said the country was proud of Prime Minister Narendra Modi and Shah. 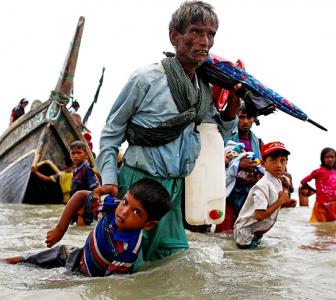 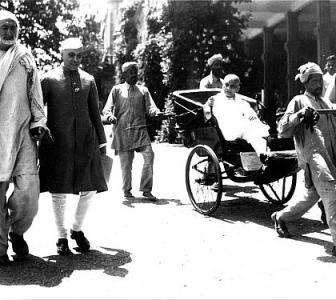 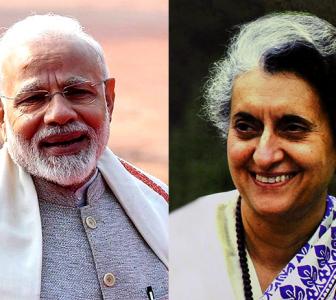 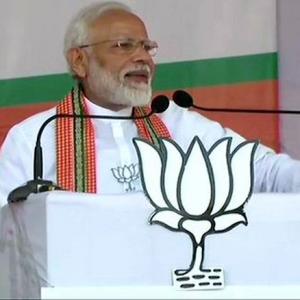