With 89,706 infections being reported in a day, India's COVID-19 tally went past 43 lakh, while 33,98,844 people have recuperated from the disease so far pushing the national recovery rate to 77.77 per cent on Wednesday, according to data shared by the Union health ministry. 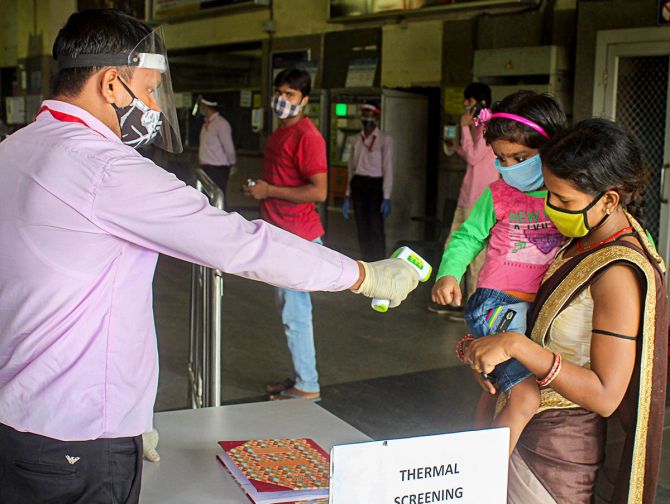 The COVID-19 case fatality rate has further dropped to 1.69 per cent. According to the Indian Council of Medical Research, a cumulative total of 5,18,04,677 samples have been tested up to September 8 with 11,54,549 samples being tested on Tuesday.

Twelve fatalities each have been reported from Chhattisgarh, Puducherry and Uttarakhand, 11 from Goa, 10 from Telangana, nine from Tripura, eight from Assam, five from Himachal Pradesh, four each from Bihar and Chandigarh, two from Sikkim, while Arunachal Pradesh and Manipur have registered one fatality each. 'Antibodies may not guarantee protection from COVID'