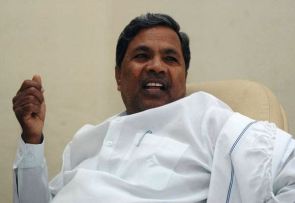 Voicing reservations over the full-fledged operationalisation of the ambitious National Counter Terror Centre, Congress-ruled Karnataka on Wednesday said the body should not be given "unbridled powers".

"Some safeguards are necessary before setting up NCTC so that it is not given unbridled powers to encroach upon states' domain," Siddaramaiah said in his speech during the CM's internal security conference convened by the Ministry of Home Affairs in New Delhi.

"As envisaged by the Union government, the National Counter-Terrorism Centre will have to involve multi-dimensional intelligence gathering and an action planning agency. Earlier efforts of containing terrorist activities by the existing organisation for intelligence networking have proved inadequate and ineffective.

"In principle, the government of Karnataka has recognised the importance of data and intelligence sharing, planning of anti-terrorist activities including activities that are aimed at preventing, disabling or even tackling a terrorist attack in progress and the need for coordination between state and central agencies and sometimes police of other states and even international agencies," he said.

The CM said Naxal activities are "expanding" in the state "albeit slowly" and hence Karnataka should be categorised as a left wing extremism affected state.

"As I have earlier said, the Naxal movement is definitely trying to disturb our state. I, therefore urge the Union government to declare this as a Naxal affected state and provide central assistance by funding and imparting special training to our personnel. Alternatively, assistance may be extended for undertaking preventive measures so that the Naxal movement does not make inroads into the state," he said.

The Karnataka chief minister also blamed the Union home ministry for supplying "unseaworthy" boats for the coastal security scheme being implemented in his state.

"I wish to point out that the boats supplied by the Ministry of Home Affairs through the Goa Shipyard Limited are unsuitable, uneconomical and unseaworthy and not able to serve the purpose for which they are meant. This issue has been raised in the earlier meetings also and I request you once again to supply suitable, all-weather, seaworthy boats in the second phase," he said.

He also said that "interceptor boats have yet not been supplied and fuel charges are not being reimbursed regularly by the government of India."

Siddaramaiah said that there was a need to strengthen the state intelligence apparatus and steps were being taken in this direction.

He also expressed apprehension on the escalation in cyber crime incidents in the state.

"Another area of concern is the rising trends of cyber crime against the individual, organisation and society at large and its consequences," he said. 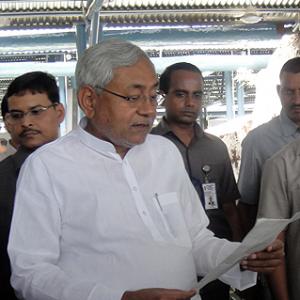