Source: PTI
December 22, 2011 18:12 IST
The United States probe into the November 26 air attack on Af-Pak border that killed 24 Pakistani soldiers has found that American forces acted in self-defence after being fired upon and there was no  ntentional effort to target them, the Pentagon said on Thursday.

However, at the same time, the investigation conducted by a senior officer of the US Central Command noted that inadequate co-ordination between US and Pakistani military resulted in misunderstanding about the true location of the Pakistan military units.

Department of Defense in a statement issued in the wee hours expressed its regret.

The results of the investigation have been shared with Pakistan, which did not participate in it expressing its doubts at transparency and credibility.

"The investigating officer found that US forces, given what information they had available to them at the time, acted in self-defense and with appropriate force after being  fired upon," the US Department of Defense said.

"He also found that there was no intentional effort to target persons or places known to be part of the Pakistani military, or to deliberately provide inaccurate location information to Pakistani officials," the statement said.

This, coupled with other gaps in information about the activities and placement of units from both sides, contributed to the "tragic" result, the Pentagon said.

"For the loss of life -- and for the lack of proper coordination between US and Pakistani forces that contributed to those losses -- we express our deepest regret.

Noting that its focus now is to learn from these mistakes and take whatever corrective measures are required to ensure an incident like this is not repeated, the Pentagon said the chain of command will consider any issues of accountability.

"More critically, we must work to improve the level of trust between our two countries. We cannot operate effectively on the border -- or in other parts of our relationship -- without addressing the fundamental trust still lacking between us.

"We earnestly hope the Pakistani military will join us in bridging that gap," the Pentagon said.

The NATO attack had triggered an angry reaction in Pakistan and the government closed all NATO supply routes and forced the US to vacate Shamsi airbase in Balochistan province, which was reportedly used by CIA-operated drones.

Pakistan has now sought "new terms of engagement" with US that guarantees the country's sovereignty and ensures that there is no unilateral action like the raid that killed Osama bin Laden.

Source: PTI© Copyright 2021 PTI. All rights reserved. Republication or redistribution of PTI content, including by framing or similar means, is expressly prohibited without the prior written consent.
Related News: NATO, United States, Department of Defense, Pentagon, Pakistani
SHARE THIS STORY
Print this article
US focused on transition, no shift in Afghan strategy: Pentagon
55 Pakistanis freed from Tihar jail, to be sent to US and Canada 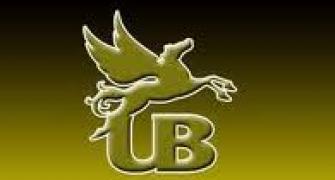 Pak army does not expect transparency in NATO probe: Report