India is facing multiple security challenges in a highly complex and unpredictable geo-political environment, Vice President M Venkaiah Naidu said on Tuesday and called upon the armed forces to be fully prepared to handle any challenge and repel any security threat firmly. 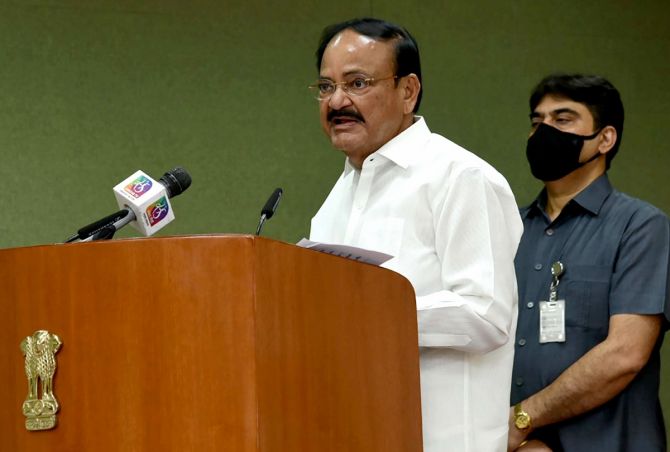 Also, Venkaiah Naidu, who is the first vice president to visit the Defence Services Staff College, Wellington, in 52 years, said taking into account new and emerging areas of conflict, the armed forces should develop the Indian military into a "future force."

The last vice president to visit the college was Gopal Swarup Pathak, in 1970.

"We are facing both symmetric and asymmetric threats from outside and within. Therefore, our armed forces should be fully prepared to handle any challenge and repel any security threat firmly," the vice president said while addressing the officers and staff of Defence Services Staff College, Wellington.

Historically, India has never been expansionist in its outlook and her approach has always been of peaceful coexistence and one designed to deter the forces of terror and disruption.

"The nation is confident that any attempt to challenge India's sovereignty by inimical forces would be dealt with strongly by our security forces," Naidu warned.

Pointing out that wars today are no longer fought on battlefields alone but on different terrain, the vice president said the hybrid nature of conflicts often makes it difficult to decide clear winners or losers in the conventional sense.

Information and cyber warfare, increasing use of drones and robotics and space-based assets have brought a paradigm shift to the battlefield.

"Therefore, our armed forces should focus on and develop capabilities in these new and emerging areas of conflict. It should be our vision to develop the Indian military into a 'future force'," he said.

As the officers step into the future, they will have to graduate from single service competencies to multi domain challenges requiring thorough understanding of joint and multi domain operations.

"As directing staff and trainers of this prestigious Institution, you have to be catalysts of change and inculcate a sense of jointness and synergy amongst all students as you mould future leaders and soldiers."

Self-reliance in defence and aerospace technology assumed paramount importance in an endeavour to create a Samarth Saksham Bharat he said and referred to the Centre's several policy initiatives and reforms to promote indigenisation and aatmanirbharta in defence manufacturing.

Apart from several other key policy measures, the conversion of Ordnance Factory Board into seven new defence companies is also a praiseworthy move that would provide autonomy while enhancing efficiency, Naidu claimed.

"Today, geostrategic and geopolitical compulsions, terrorism and climate change, have added to the complexity of the security matrix. Therefore, there is a need to have a deeper understanding of such issues," he urged.

The VP underscored the importance of securing the national interests in the changing world order and also cater to emerging security challenges.

The Defence Services Staff College, the oldest and most prestigious tri-services institution of the nation, successfully conducted courses during COVID-19 by proactively adopting a hybrid system of online and contact teaching modules.

Commandant of the Defence Services Staff College Lt Gen S Mohan and Sashirekha Mohan, besides officers and veterans, participated in the event. 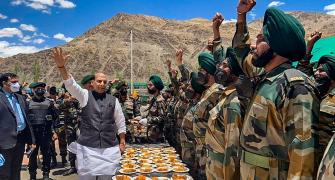 Prepared to give befitting reply: Rajnath in Ladakh 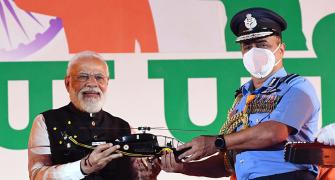 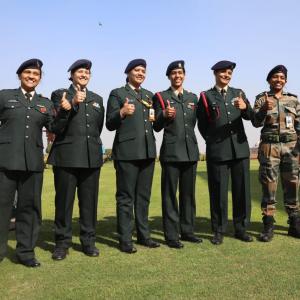 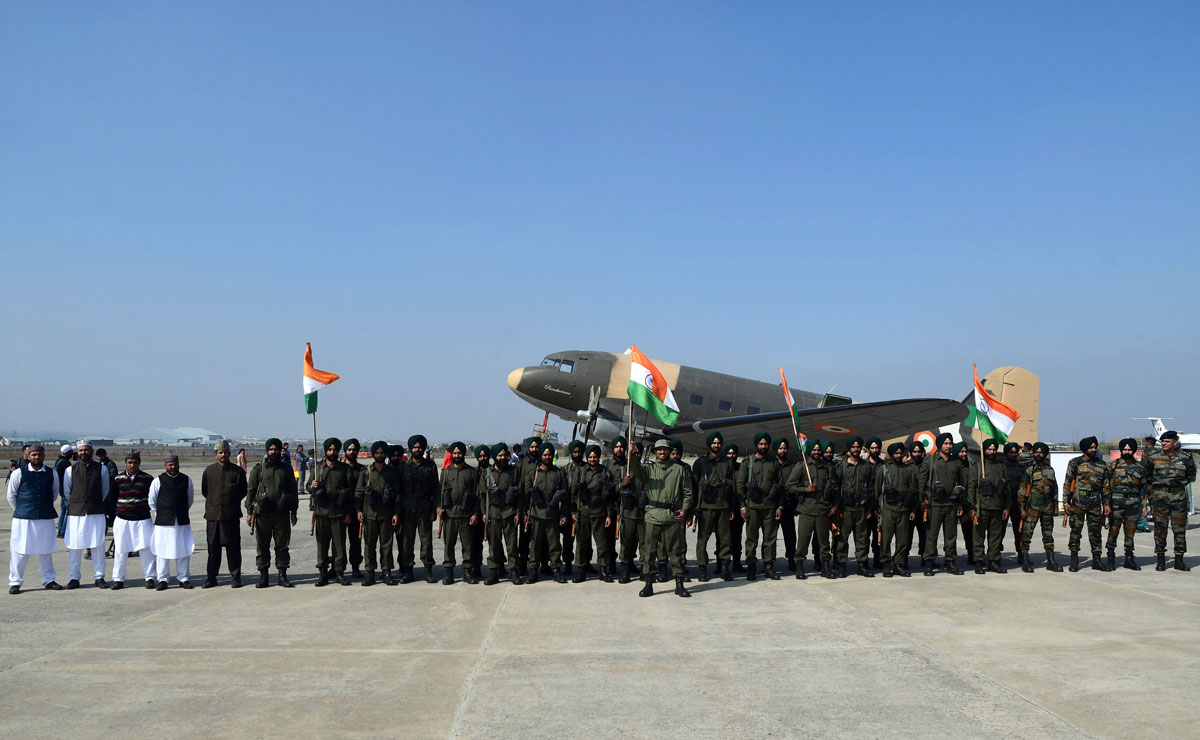