The Bharatiya Janata Party on Sunday authorised its president J P Nadda and Union minister Rajnath Singh to hold consultations with different political parties, including those in the opposition, on the president's election, in what is being seen as an outreach by the ruling party to arrive at a consensus on the choice for the top constitutional post. 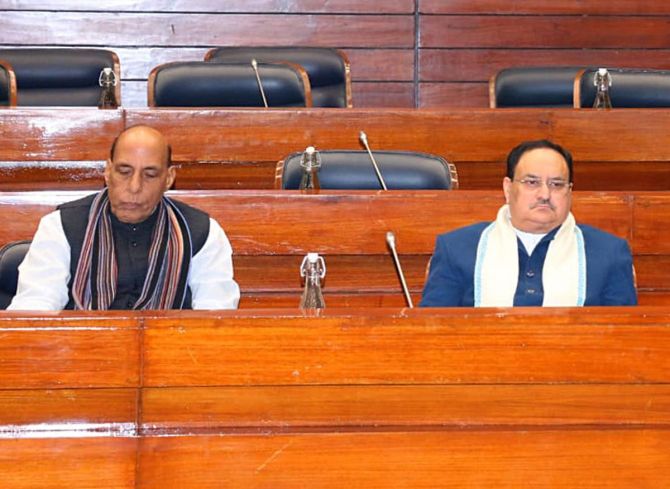 The two senior leaders will talk to both ruling National Democratic Alliance (NDA) and opposition United Progressive Alliance (UPA) constituents, besides other political parties as well as independent members, the BJP said in a statement issued by its general secretary Arun Singh.

Nadda and Singh will start holding these consultations soon, it added.

The election for the next president will be held on July 18, in which 4,809 electors, including MPs and MLAs, will vote to elect incumbent Ram Nath Kovind's successor.

Going by its strength in the Lok Sabha and the Rajya Sabha as well as in many state assemblies, the BJP is in a comfortable position to ensure the victory of the candidate nominated by it in the upcoming election.

Singh, who enjoys a good rapport with leaders across the political spectrum, was also part of the BJP's committee during the 2017 presidential polls to deliberate with opposition parties.

In 2017, then BJP president Amit Shah had constituted a three-member panel of then senior Union ministers Singh, Arun Jaitley and M Venkaiah Naidu to hold talks with all the political parties over the presidential polls.

The BJP had fielded then Bihar governor Kovind as its candidate in the polls. Kovind went on to become the president after defeating opposition-backed Meira Kumar.

With relatively less numbers on its side this time, the BJP-led NDA's nominee will require the support of one of the two fence-sitters -- the Biju Janata Dal and the Yuvajana Sramika Rythu Congress Party.

In the last presidential polls, both parties had supported Kovind.

Banerjee has called a meeting of opposition parties in Delhi on June 15 in the backdrop of the presidential election.

The presidential polls will be held on July 18 and the counting of votes, if needed, will be taken up on July 21. 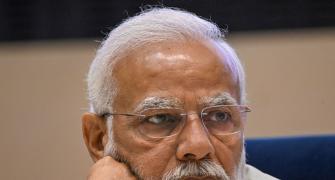 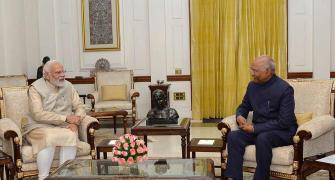 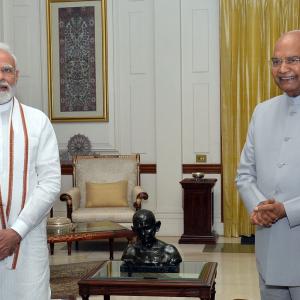 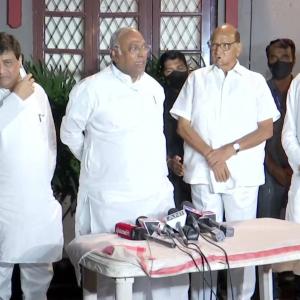 Opposition determined to make a fight of prez poll