Is she Congress's UP CM face? Priyanka keeps everyone guessing

Signalling the way forward for the Congress as Uttar Pradesh heads towards elections, Priyanka Gandhi Vadra on Friday pitched herself as the party's chief ministerial face as she released a ’youth manifesto' for the state along with Rahul Gandhi. 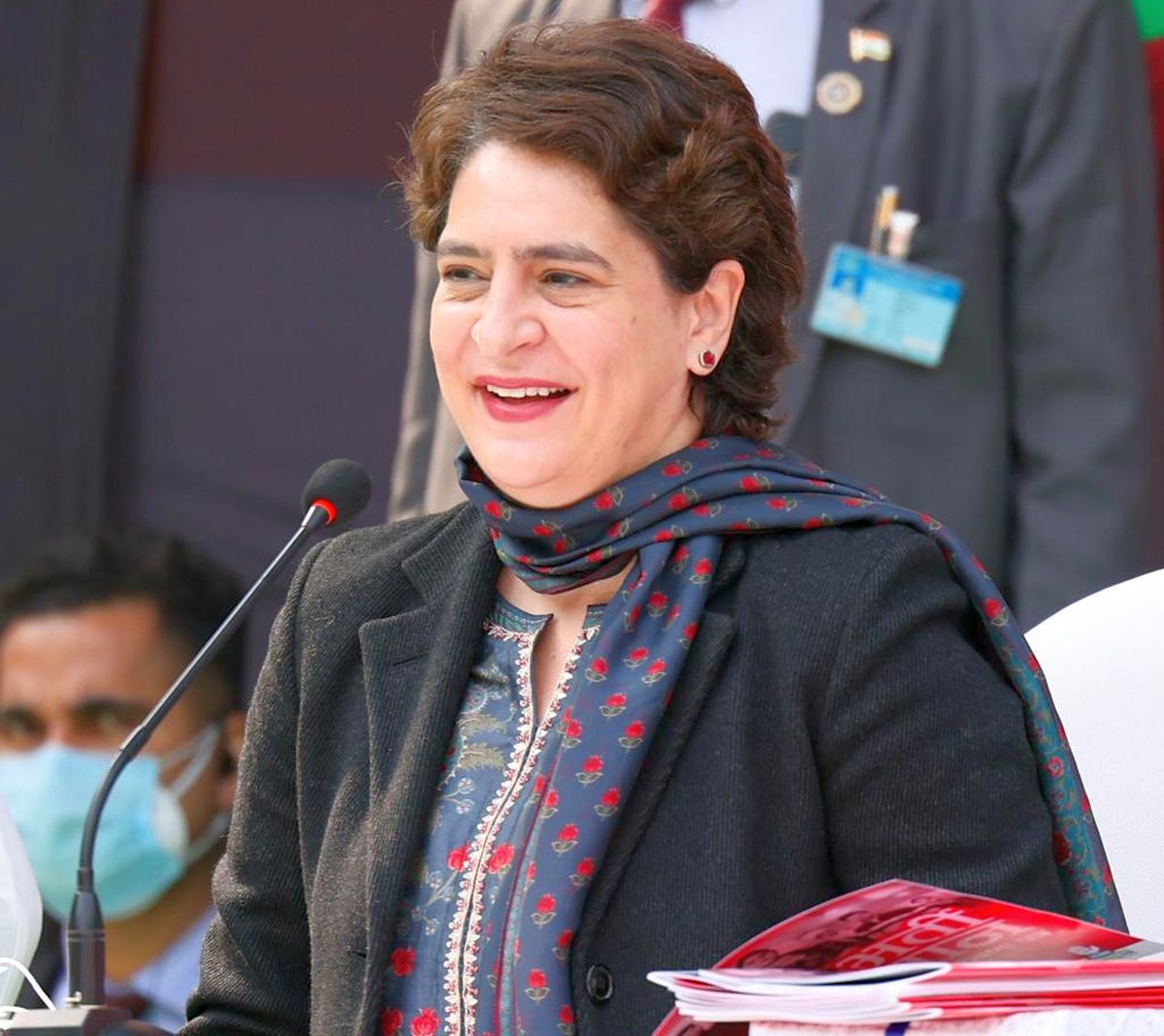 The Congress general secretary, however, evaded queries on whether she would contest the assembly polls beginning next month. She also said the party would be open to a post-poll alliance if the need arose.

"Do you see any other face from the Congress party," Priyanka Gandhi said when asked who would be the party's chief ministerial candidate in the Uttar Pradesh assembly polls.

"You are seeing my face everywhere," the Congress leader added while addressing a joint press conference with her brother and former party president Rahul Gandhi to release the 'Bharti Vidhan' (recruitment document) manifesto that promises a new vision for youth in the state and the creation of 20 lakh jobs, including eight lakh for women.

To a question on whether she would herself contest the assembly polls, Priyanka Gandhi said, "We have not yet decided." She said it would be known once that is decided.

The Congress general secretary in-charge of Uttar Pradesh said the party would certainly look at supporting other parties for government formation and was open to backing them if the situation were to arise after the elections.

She, however, said the Congress would keep implementing its vision for youth, especially women, as a priority while extending any such support for government formation in UP.

"We would be open to considering that. If such a situation arises, then we would certainly want our agenda for the youth and women to be fulfilled if we were going to be part of any such dispensation," she said to a question on whether the Congress would support other parties in government formation.

The party has resolved to fill the "massive backlog" of jobs in the public sector and promised 20 lakh jobs, including eight lakh for women, in their manifesto for the youth.

The campaign in Uttar Pradesh is very negative and is centred around caste and religion, Priyanka Gandhi said, adding that the Congress is moving away from this to present a development oriented roadmap.

Addressing the gathering, Rahul Gandhi stressed that the country needs a new vision and their document is "not hollow words" but drafted after consulting youth whose views are reflected in it.

"There are polls in UP and the youth there need a new vision and only the Congress party can give that vision to the state," the former Congress chief said.

"We don't spread hatred, we work to unite people and we want to build a new Uttar Pradesh driven by the strength and confidence of youth in the state," he said.

According to Rahul Gandhi, the Congress party wants to go beyond mere rhetoric and provide a strategy on how to provide jobs to the youth of Uttar Pradesh.

In Uttar Pradesh, he said, 880 youth lose their jobs everyday and over 16 lakh youth have been rendered unemployment in the last five years of BJP rule. The prime minister promised to provide two crore jobs every year to youth and the entire country is seeing the truth, he said.

"This is happening because the entire wealth of the country is being handed over to two-three big industrialists. Elections are being held in UP and the youth there need a new vision and only the Congress party can give this vision to Uttar Pradesh.," Gandhi said.

Even people in the BJP, he alleged, admit that something has gone 'very wrong' and the vision that was committed to has failed.

"If you look at India and you want to propose a new vision, you have to start in Uttar Pradesh. Every state is important, but Uttar Pradesh occupies a weight that no other state does. So we are proposing a new way of doing things, a new imagination for Uttar Pradesh," he said explaining the relevance of Uttar Pradesh.

Uttar Pradesh would lead the country in jobs and was the centre of the resistance to the British. It was from where the far-reaching ideas came from, he noted, adding that the manifesto is a step towards providing a vision for the country and the Congress believes this has to begin in Uttar Pradesh.

Rahul Gandhi later tweeted a picture with his sister Priyanka Gandhi releasing the youth manifesto and said, "Things that are done from the heart, responsibly and honestly, bear good results.  My best wishes to the people of UP and every Congress worker.”

Priyanka Gandhi said the party wants the focus to be on development as the propaganda that is mostly going around is negative or based on caste or communalism.

She said the biggest problem in the state is recruitment and the youth are disappointed.

The party is going to the polls with the focus on youth and women and has announced that it will reserve 40 per cent of tickets for women in Uttar Pradesh.

Polling for the 403-member Uttar Pradesh assembly is scheduled to be held in seven phases from February 10 to March 7. The votes will be counted on March 10. 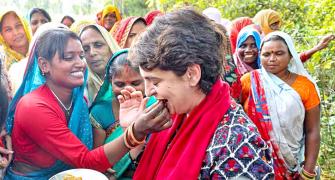 Who Says Priyanka Is Not Drawing Crowds? 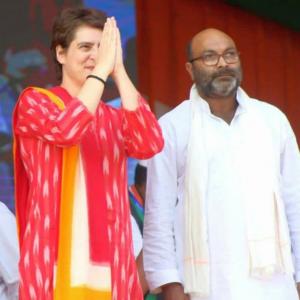