'Must understand Trump supporters and their issues'

Prominent Indian-American Democratic Congresspersons have hailed presidential candidate Joe Biden and his running mate Kamala Harris for being on the cusp of electoral success and becoming the new leaders of America, but noted that Democrats need to invest in understanding the core supporters of President Donald Trump as well as the issues he raises with them. On Friday, Biden took crucial leads over Republican incumbent Trump in the key battleground states of Georgia and Pennsylvania, bringing him closer than ever to a historic electoral success.

"How amazing it is that we are going to be electing a new president. We will be electing Joe Biden as President, we will be electing Kamala Harris as Vice President. How incredible!" Congresswoman Pramila Jayapal said during a virtual post-election political analysis hosted by leading non-profit Indian diaspora organisation 'Indiaspora'.

She said it is "amazing and joyful" that in Harris the US will be electing the first woman of colour to a major presidential party ticket.

"First Black woman, first South-Asian American woman. That's really phenomenal and we're not always so good at celebrating our victories, but this is an important one," Jayapal said.

Congressman Ami Bera underlined that political parties need to conduct a "post-mortem" of the election results, given that pollsters and analytics got predictions wrong in some Congressional and Senate races.

"I think there is a core group of voters that just come out for Donald Trump, because Donald Trump was on the ballot. And we have to understand who those voters are, because they may not be Republican voters per se. There may be something that he's saying to them about trade, getting out of wars that they could be voting Democratic if we were talking to them in the same way," Bera said.

He emphasised that Trump actually boosted his turnout in the election and "we have to understand that Trump voter."

He noted that the Republican president did make inroads in the Latino and African American communities.

"There are voters that may only come out to vote for him because he's speaking to their issues and they may not be Democrat or Republican. They may just be niche issues like trade or global engagement and wars. We can certainly talk to them about those issues as well. We just may not be talking to those voters but I think we have to better understand that because it wasn't just the presidential race, there were wide misses on some of the Senate races as well."

All four Indian-American Democratic lawmakers -- Bera, Jayapal, Ro Khanna and Raja Krishnamoorthi -- were re-elected to the US House of Representatives in the November 3 elections.

Jayapal added that not only are Biden and Harris winning the popular vote, a statistic also in favour of Hillary Clinton in 2016, but they are going to win the Electoral College vote.

"That is really significant. Job number one was always to get Donald Trump out of the White House and we succeeded in that," she said.

She said the Democratic Party won Michigan, Wisconsin and there is a very good shot of winning Pennsylvania and Arizona. She noted that the party won in large part because of massive turnout of its base voters in urban dense areas places like Milwaukee, Philadelphia, Madison, Detroit.

"That is really important to remember that we were able to all be unified, but also have a progressive enough platform that Joe Biden was running on that people recognise that they needed to get out and vote for Joe Biden," she said.

She further said that Trump had no regard for the truth or rules and “rolled over everyone in order to get things done."

"We do have to be able to show that a Joe Biden presidency and even a divided Congress is going to be able to deliver for working folks across the country. We've got to be able to put money in people's pockets, help them see that their life is better, and we've got to keep our young people and folks of colour with us because we need that turnout across the board," she said.

Jayapal, however, cautioned that there is a real threat out there and “it's the Republican Senate, it's the Trump Republican party that has taken that party so away from core basic values of compassion and decency and respect.”

She said there are a lot of people across the country, including Republicans and Democrats, who feel Congress doesn't work for them. “And we have to change that, we have to talk to the voters that we have lost,” said Jayapal, the first Indian-American woman to be elected to the House of Representatives in 2016.

“…We just got to deliver relief to people because Donald Trump was both a massive problem in and of himself but he was also a symptom. He was elected because there were a lot of people across the country who felt like they weren't being listened to. So I hope we take that into account as we go forward and I believe we can, and we've shown what a Democratic majority can do.”

Bera added that while Senate majority leader Mitch McConnell is not going to be that fun to work with, it is important to understand that America is in a deep pandemic and economic recession and “now's the time for us to actually try to heal this country.”

Jayapal said that the money being spent on pollsters should instead be used for organising activity on the ground. She said that Trump had people on the ground for a year in Florida, working the Cuban and Venezuelan communities. 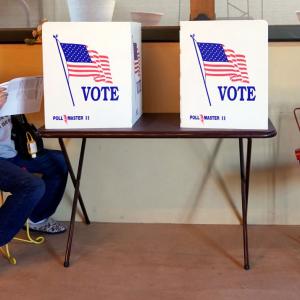