The 2020 United States presidential election has recorded the highest voter turnout in 120 years, a prominent electoral expert has said. IMAGE: A voter at her ballot box at a back porch polling place in Dover, Oklahoma. Photograph: Nick Oxford/Reuters

According to preliminary estimates of the US Election project, a nonpartisan site that tracks voting, an estimated 239 million people were eligible to vote this year, of which nearly 160 million exercised their right to franchise. The figure is likely to be updated in the coming weeks.

The November 3 election saw a record voter turnout of 66.9 per cent, which is the highest turnout rate since 1900. The 1900 election had recorded 73.7 per cent voter turnout, it said.

"The 2020 presidential election had the highest turnout rate in 120 years. There is still a fair amount of guesswork involving outstanding ballots to be counted," said Michael P McDonald, Associate Professor of Political Science at University of Florida, who leads the US Election Project.

Minnesota and Maine, as per the US Election Project, this year had the highest turnout of 79.2 per cent each, followed by Iowa at 78.6 per cent.

Maine and Iowa was won by President Donald Trump and Minnesota by his Democratic rival Joe Biden.

Arkansas recorded the lowest turnout of 56.1 per cent, as per the preliminary estimates.

The Time magazine said the above-average voter turnout rate in 2020 is noteworthy as the US usually has some of the worst turnout rates in the world.

In a Pew Research ranking of voter turnout in the most recent nationwide elections, the US is placed at 30th position out of 35 nations.

The highest voter turnout since 120 was reflected in a high vote support to both Biden and Trump.
As of Thursday afternoon, Biden had received over 72 million votes, which is eight million more than Hillary Clinton got in 2016.

Trump has so far bagged over 68.5 million votes, which is the highest Republican turnout.

According to Pew, as of 2019, non-Hispanic White Americans at 69 per cent make up the largest share of registered voters in the US. Hispanic and Black registered voters each account for 11 per cent, while those from other racial or ethnic backgrounds account for the remaining eight per cent. 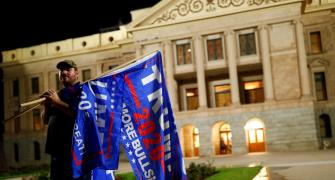 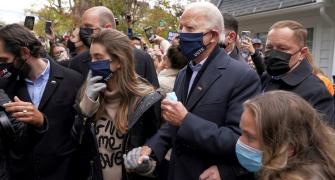 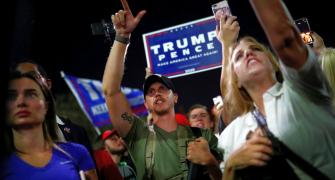 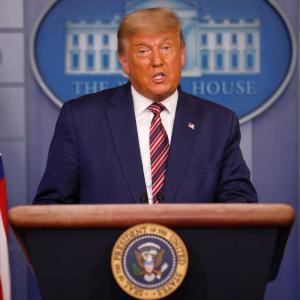 Trump threatens to file suits in all states Biden won